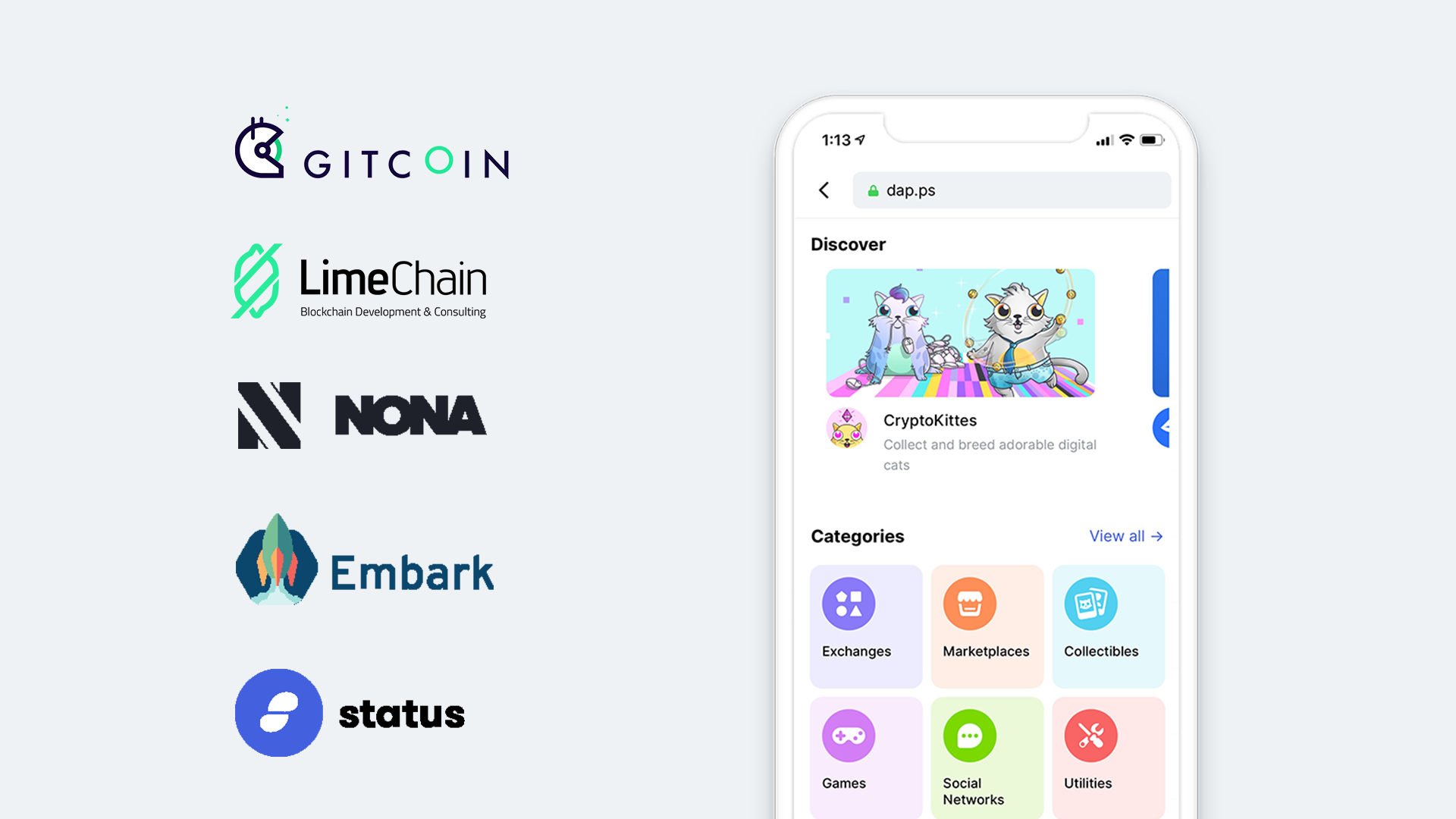 Working in Ethereum’s bazaar digital world can be a challenge sometimes: co-ordinating any kind of vision between such a diverse group of people and organisations certainly has its overhead. However, it is also a great joy for those who get their hands dirty and dive into building quality open source software together.

Before we launch the v2 of Discover DApps - our brand new DApp to curate all the DApps using a unique bonded curve, we’d like to take some time to highlight and thank various parts of the community within which we are all embedded for helping us pull it off.

Discover solves a simple problem: Status cannot include all the best DApps natively in the code it ships through the App or Play Stores, as this creates a greater chance of being banned in one or both of them. Accessing DApps through Status needs to be done by some external and unrelated means.

I have therefore stepped away as a core contributor to Status, and am now a part-time contractor working specifically on Discover. This is hopefully the first formal step towards a properly-functioning liquid funding model for such projects. Our infrastructure and repos are entirely separate, and Discover itself has actually been built by other teams from around the globe.

All Around the World

So, my thanks to Nona Digital, an agency based in Cape Town, South Africa for building the initial React skeleton without any smart contracts. Then to the whole team from LimeChain, based in Sofia, Bulgaria. They not only built v2 with all the bonded curve functionality baked in, but helped explore options for writing the contract itself in Vyper (which led to some upstream improvements in that language) and a bunch of other things we iterated over together.

Furthermore, through Gitcoin, we have had the fantastic Isaac Onuwa from Lagos, Nigeria squashing bugs left, right and centre as all the teams worked on different aspects of the project. We’ve even had some help from the Embark core team, mostly based in Canada, but also South America, to prepare everything correctly for mainnet deployment, help fix some small bugs in the contract itself, and generally make sure our setup is functioning as it should.

This kind of work certainly has its challenges and frustrations, but the fact that so many different people from so many different places across the world can come together for one goal is mind-blowing (the QA team is mostly in the Ukraine, the designer is in Germany, the UXR lead in Holland, the Infrastructure and Security people in the US). It speaks to the power of decentralized networks to bring people together in ways not before possible, to build worlds not before imaginable.

As Rune from MakerDAO recently pointed out on Epicenter, the fact that all of “this stuff” and all of “these people” can actually work together is totally crazy and more than a little magical. It was not obvious to us 3 or 4 years ago that this level of interoperability would indeed come to pass. Of course, we hoped it would, but it is something different to see it in practice.

It’s not anarchy - it’s things being done as transparently as possible, with the broadest possible participation.

There will always be ups and downs to open source work. However, it is moments like this, standing on the cusp of seeing a new kind of ranking system developed by people from literally all across the world about to be deployed onto a network where it cannot be shut down, which make it all worthwhile.

Thanks again to LimeChain, Isaac and Nona Digital for standing with us through it all.