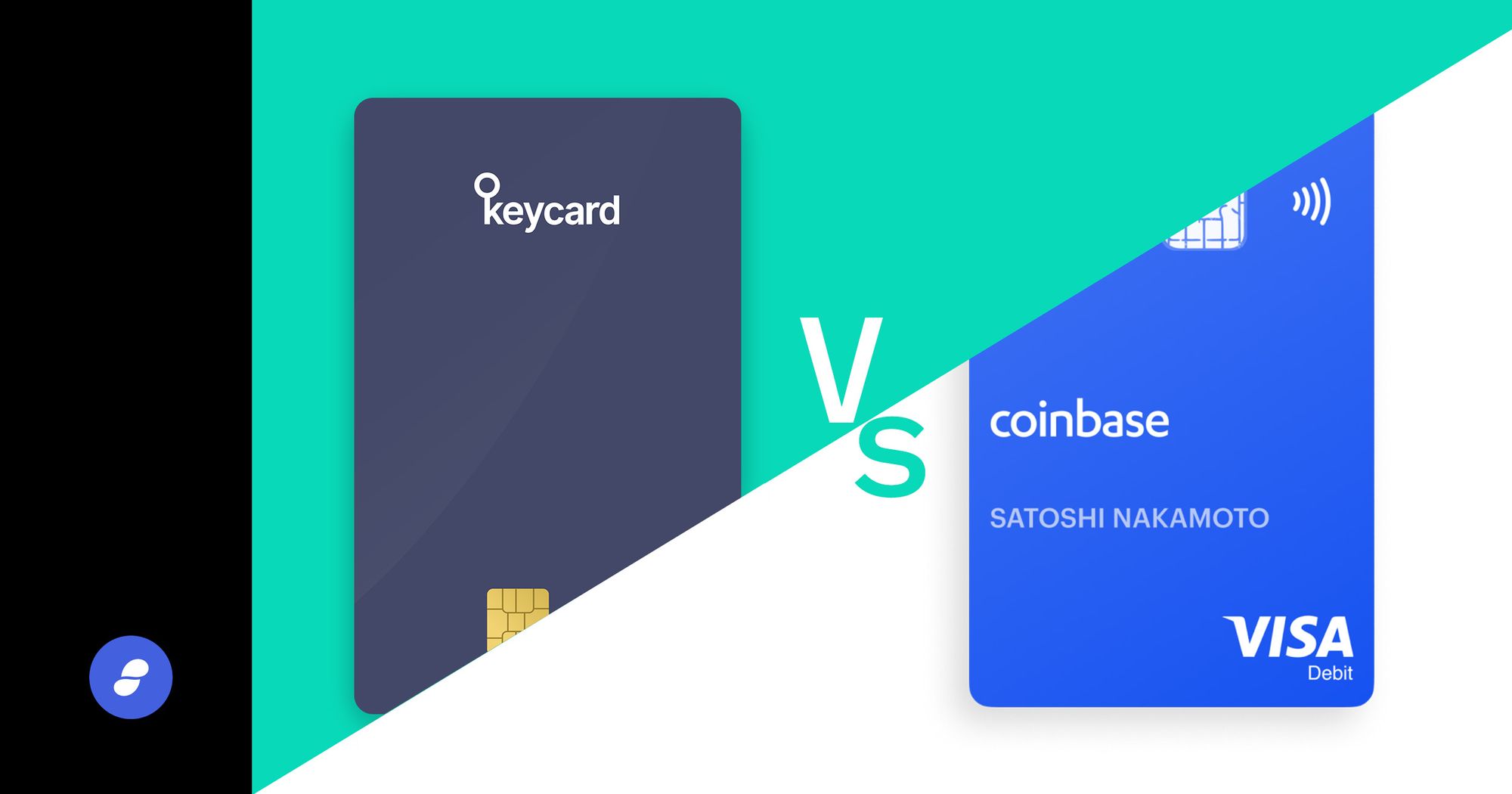 Coinbase has recently announced its new Coinbase Card to customers in the US, described by The Verge as a card that allegedly “eliminates the middleman.” It bears a strong resemblance to the privacy-preserving Keycard hardware wallet, and makes use of the same NFC chip – which begs the question, what’s the difference, and which is more private?

Crypto cards appear to be the new talk of the town, with companies from Fold, to Strike, to Coinbase racing to launch their own card. At a first glance, it may seem like the best of both worlds. A compatibility layer between the traditional financial system and the new, decentralized means of storing value – allowing you to spend your decentralized money anywhere. However, things aren’t quite so simple.

Any company seeking to launch their own card will always partner with existing financial corporations such as Visa or Mastercard, and will be required to comply with the increasingly expansive array of regulations surrounding these traditional financial networks. What this means in practice:

It is absolutely crucial to remember that the inherent value derived from cryptocurrencies originate from their censorship resistance and decentralization. These crypto-backed cards provide neither. In addition, they diminish user privacy and render anonymous transactions wholly impossible.

While most public blockchains today still struggle in providing strong user privacy (with some innovative ideas such as CoinJoin and Tornado.Cash paving the way), they still far surpass the current status quo.

Now, it cannot be ignored that these cards do have their benefits. You will typically get some very compelling crypto cash-back deals, along with automated conversion between your cyrptocurrency and the targeted fiat currency. This allows for cheaper costs while travelling, as you no longer need to convert between fiat currency pairs, such as USD/EUR.

So what’s this Keycard thing?

Let’s set the record straight: Keycard is a secure, open source hardware wallet that makes use of the standardized NFC chip. It has no ties to Visa, Mastercard, or any other traditional financial system. The use of the credit-card-like design is purely for the convenience of being able to store it in your wallet, as a Keycard is functionally quite different from a credit card.

It’s compatible with any cryptocurrency that relies on ECDSA signatures, which includes Bitcoin, Ethereum, Litcoin, Ripple and more. Right now, the only publicly available integration is within the Status app. However, with a completely free and open API, along with simple and intuitive developer integration, greater compatibility across the ecosystem is expected.

In addition to providing a secure means of private key storage, a Keycard may also be used as a form of hardware two-factor authentication. This is the case for the Status app, which allows you to lock access to your messages until you tap your Keycard on the back of your phone.

However, it should be noted this increased freedom comes with some very significant cons:

To summarize, if you want to preserve your financial sovereignty and privacy, take a look at Keycard (or any other open source hardware wallets). However, if you are just in cryptocurrency for speculative reasons, or you do not care if Visa knows what you are up to, a crypto-backed card may be just fine for you.