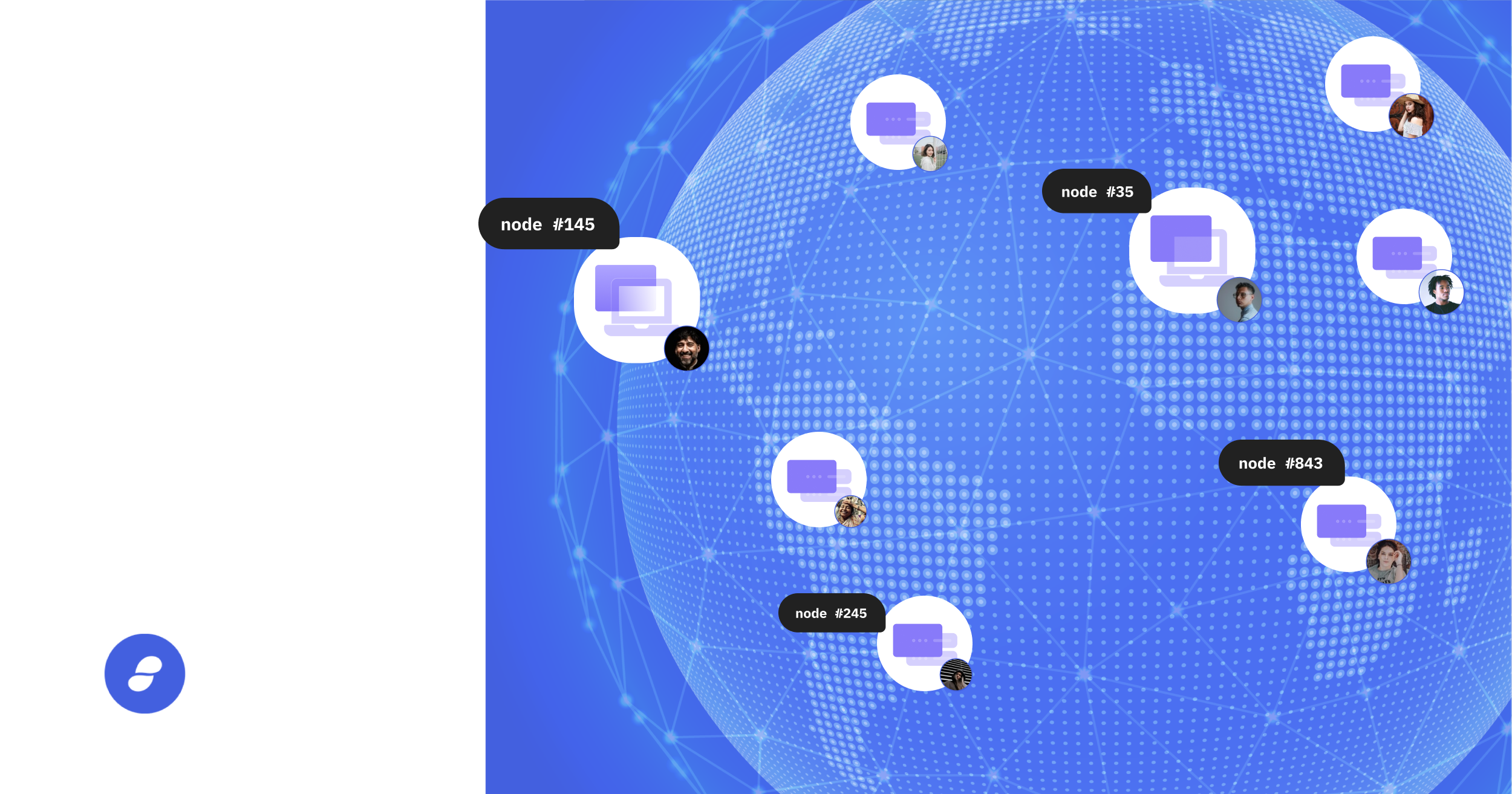 Apply to run a Status Node and earn my $100 SNT! (Applications are now CLOSED, but you can still run a node for free.)

Not familiar with computers? That's okay! We will be hosting live tutorials and support sessions to guide you through the process of setting up your node. What are you waiting for? Apply now, and let's fight to win back our privacy!

APPLICATIONS MUST BE SUBMITTED by THURSDAY AUGUST 19TH at 18:00 CEST

Slow down... what's a Status Node?

A decentralized network is a departure from many organizational patterns we're familiar with. Many companies, communication platforms, and societies operate in a centralized, hierarchical manner. Facebook's Messenger, for example, operates using Facebook's servers. Your communications using Messenger depend on Facebook's infrastructure. Facebook has your messages, your data, and the power to stop you from using their service. To use Messenger, you have to place a good deal of trust in Facebook—that they will not abuse their access to this information, that they will not censor you, that they will not give your information to governments (on purpose) or hackers (accidentally).

This is in contrast to decentralized communication platforms, which are a collaborative effort among numerous individuals and institutions of varied backgrounds, each operating a node of the network. Responsibility is distributed, so that users don't have to place an undue amount of trust in a single node—and such networks are often designed to resist malicious or misbehaving nodes. For these reasons, decentralized networks are often described as trustless.

Like the human brain, a network of neurons (nodes) works together to provide executive function, but each individual neuron has a comparatively small responsibility.

A message will be encrypted, and may travel between several nodes of the network before reaching its destination. This process can be slower than the sender -> Facebook's server -> receiver model, but it does away with the requirement for trust. Nobody other than the recipient will be able to read your message. Censoring communication is also typically infeasible and disincentivized by protocol structures.

For example, a hostile node may want to prevent you from sending messages. If you send a message that goes to another node before it reaches their node, they may not even be able to tell that you sent the message (they can't with the Waku protocol, that Status uses), and will be unable to censor you.

If your message goes to their node first, and they do not pass it on, your message can still reach its destination via any other node, so protocols may send the same message to multiple nodes, and if nodes are discovered not forwarding messages, they can be blacklisted from the network—so the hostile node may be able to censor you, but depending on the protocol their efforts are likely to be in vain anyway, and they'll get kicked from the network for their attempts at censorship.

This is a sharp contrast to the centralized model, where Facebook, Google, Discord, or Twitter can—and do—censor whatever they want, with no consequences, whether by their own will, or at the behest of whatever government is asking them to.

Okay, I've heard enough. How do I run a node?

It's free to run a Status Node. All you need is a compatible computer (Linux, MacOS, Docker, or a cloud server—e.g. AWS, Vultr, Azure).

We are going to reward the first 100 people to sign up and participate in our Status Node program for 3 months with $100 SNT. If you miss the sign up period, you can still run a node for free, and we may have more rewards in the future to earn as well.

We will be hosting live tutorials and support sessions to guide you through setting up your node, so don't feel pressured if you aren't a computer-whiz. We'll also have a 24/7 support chat for questions.

If you want to learn more about the specifics right now, you can check out this step-by-step guide or this detailed walkthrough of setting up Status Nodes. Our documentation is always improving, so if anything is unclear, please reach out on Status, the forums, or get in touch on Discord. If you are feeling especially generous, you can even fork and submit a pull request to our open-source website.

Apply to run a Status Node and earn my $100 SNT! (Applications are now CLOSED, but you can still run a node for free.)

Node incentivization is one of the goals enumerated in the original Status whitepaper. This program rewarding node runners is a step toward a permanent and automatic solution, that will eventually reward everyone running Status Nodes (and won't require application). Networks with similar incentives often rely on economic activity to take rewards from, and can thus automatically reward everyone. Status is free, so distributing rewards is a more challenging problem. For now, Status is directly rewarding network participation, because decentralization is important to us.

Big tech might be able to develop the smoothest UI, boast the fastest messenger, run the biggest data centers, but they will never resist censorship & authoritarianism, protect privacy, and guarantee against data breaches like a decentralized communication service can.

They need people to use their messengers, because they are just another method of extracting data (and money) from people's everyday habits. The Status Network exists for people to use, but is not locked into the same sort of centralized profit extraction model, and because it is comprised of Status users (instead of company employees) the Network can evolve to always suit the incentives of its users.

Status Nodes will eventually reward participation with automatic cryptoeconomic incentives. Let's work together to get there soon.