Status Partners with the team behind the programming language Nim 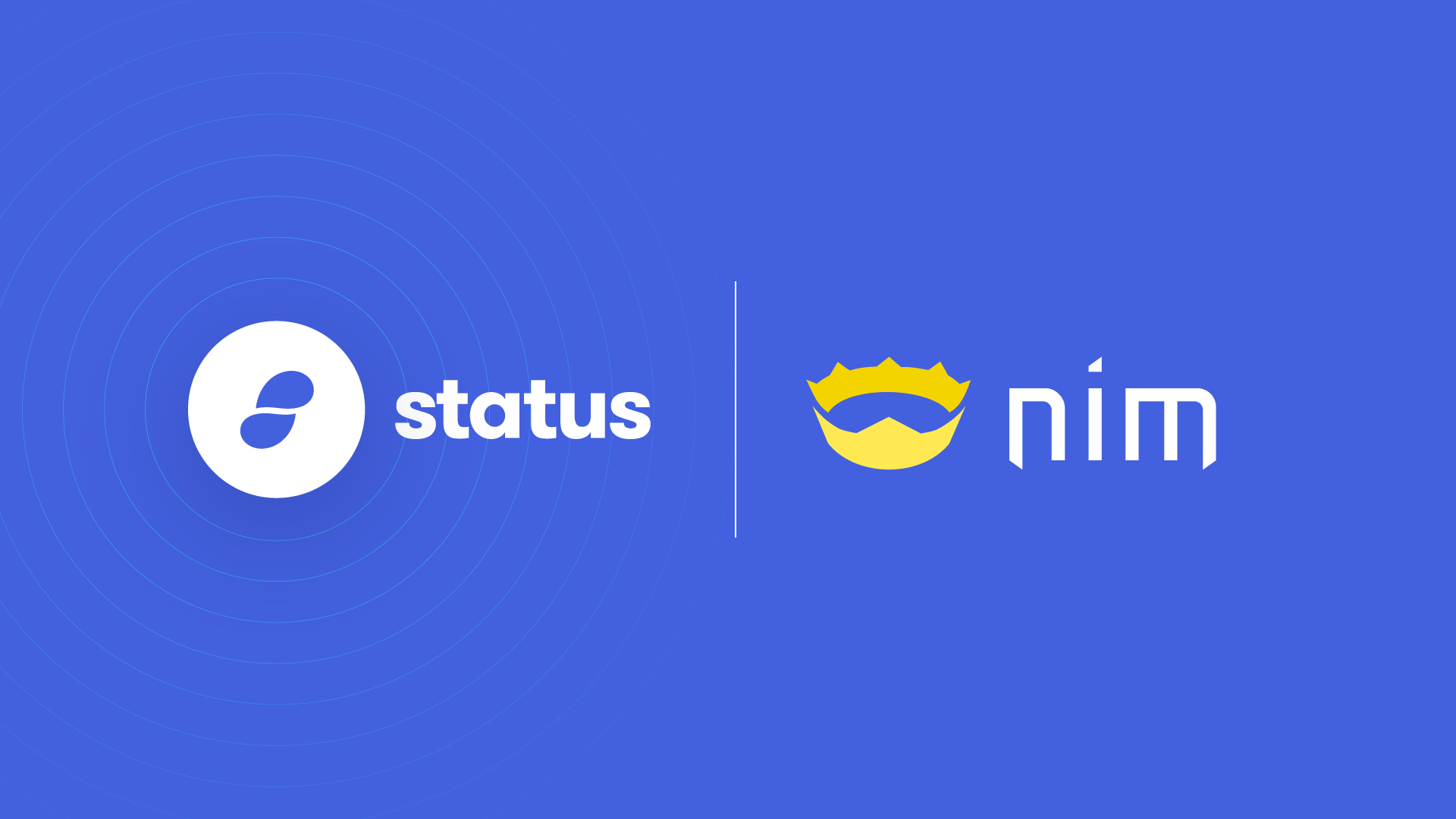 To bolster research efforts for Nimbus – a sharding client for Ethereum – status.im have partnered with the core team developing the Nim programming language.

On August 1st, we posted about our research initiative called Nimbus – a Nim implementation of a sharding client for Ethereum. Today we are pleased to announce our partnership with the team behind the Nim programming language; lead by Andreas Rumpf. This partnership will not only support our ongoing sharding research, but promote the continued development of the underlying open source language serving as the basis of our work. The more developed, documented, and robust Nim is, the more in depth our R&D can be. Andreas and team have a strong vision for the future of the programming language and we want to support them in their efforts. This marks our ongoing support for open source projects as well as our commitment to our sharding research.

We chose to work in Nim because it is a lightweight and efficient programming language that suits itself well to resource restricted devices. It also allows us to better learn the Ethereum protocol, as well as attract highly specialized developers with a deep understanding and appreciation for the advanced language features, such as its powerful meta-programming capabilities that give us the flexibility to meet future needs of creating intuitive domain-specific languages tailored to specific facets of Ethereum 2.0 development.

Finally, the language is backed by a very strong team of talented developers. Andreas started Nim's development in 2006, only two years later the compiler reached the important milestone of being able to compile itself, a process that is known as "bootstrapping". For years now users are deploying Nim applications in production.

Nim was envisioned from the start as a simple language with a focus on metaprogramming and with Status' support Nim's metaprogramming will not only cover its syntactic elements but also its semantics and its type system.

Status will support Andreas and the Nim team with funding and resources needed to stay focused on the development of the programming language. The Nim team will add at least 2 paid full-time developers! They will fix bugs, respond to issues, and of course develop the compiler, the standard library as well as its tooling. So far, the language has been supported by the open source community and generous volunteers and donors who believe in the work. This has created a unique commitment to the project by all those involved but has meant a lack of dedicated and focused computer scientists solely focused on its development.

The Status Nimbus team is very familiar with Nim as core Status contributors Dustin Brody, Eugene Kabanov, Jacek Sieka, Mamy Ratsimbazafy, Ryan Lipscombe, Yuriy Glukhov and Zahary Karadjov are active contributors to the Nim ecosystem. There is already deep integration and collaboration between the Nimbus and Nim teams and this partnership will see even further collaboration and support of each other's work.

A Look Ahead at the Roadmap

With Status' sponsorship, the Nim team has come up with an ambitious roadmap which makes Nim one of the most exciting languages to watch in the following years. Nim version 1.0 is the long overdue commitment to a stable language core that will preserve backwards compatibility for years to come. There are no hard deadlines to a release date, but a detailed milestone tracking all the issues that need to be resolved for v1.0 is available here.

In addition to the sponsorship of Nim's ongoing core development there will be a "grants program for Nim". Inspired by Google's Summer of Code, developers will be hired to work on specific Nim-related projects.

We look forward to working with Andreas and the team to push the development of Nim.

For more information about Nimbus, join us on Riot or Github.

You can learn more and get involved with Nim on Github.