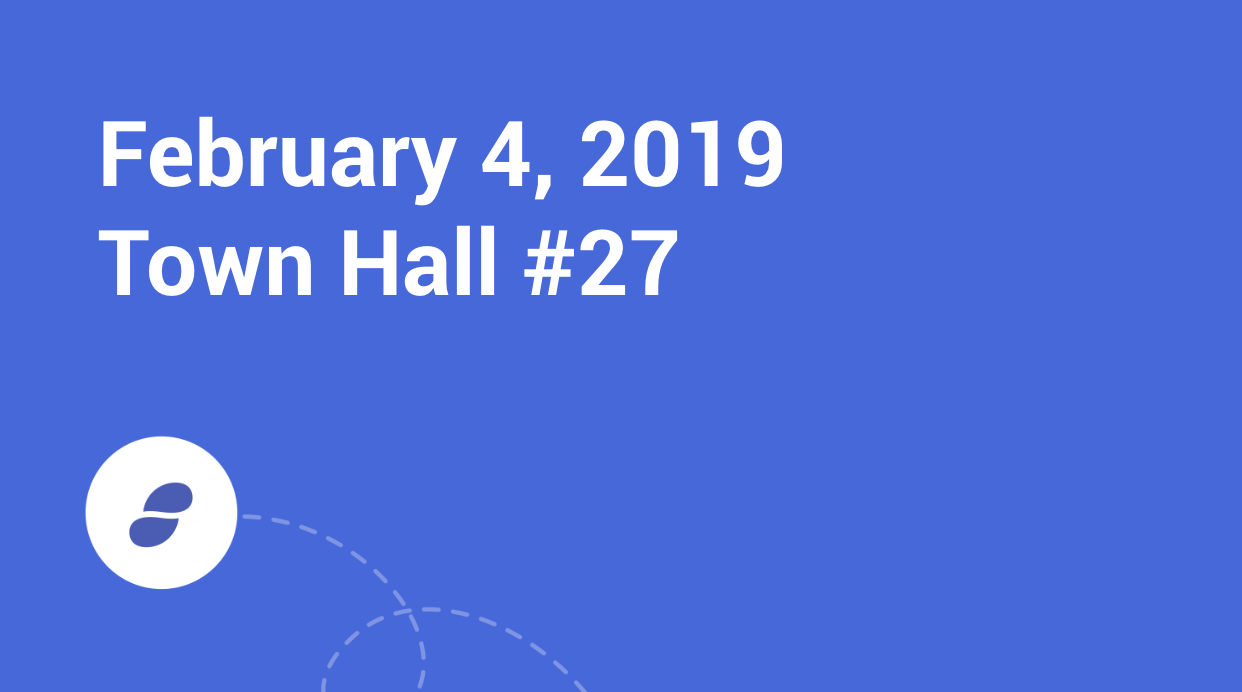 Jarrad provides a high level project overview including the importance of network incentivization and the user acquisition engine. The core contributors provide updates on the each of the swarms. Oskar gives and update on the protocol research and a recap of the workshop in Brussels with Web 3 Foundation and Validity Labs. Finally, Richard presents his work with Murmer and LibP2P and the Status JS javascript library that allows anyone to create their own Status client.

The Tribute to Talk swarm will deliver SNT based anti-spam mechanisms in accordance with the white paper. It allows individuals to monetize their time and attention by setting minimum required deposits to message them.

Stickers are a must-have for any messenger, particularly with Asian markets in mind. The goal of the Status sticker market is two-fold:

DApp inside of Status, which provides borderless, peer-to-peer fiat-to-crypto ‘Teller Network’ that allows Stakeholders to find nearby users to exchange their cash for digital assets and currency, giving any smartphone owner in the world the ability to take control of their personal wealth.

One major drawback in legacy social networks is the lack of influence their users possess over the networks themselves. They are often powerless in having a say on how the platform evolves. We aim to democratise this power, giving stakeholders a direct influence over all decisions within the network, including how the software is developed with voting and allocation of funds via liquid pledging

Research and develop framework and incentivization structure for people deploying and using Status nodes according to the whitepaper.

Over the weekend Oskar, Jacek, Corey, Iuri, and Anthony attended a workshop in Brussels with a groupd of other researchers from Web 4 Foundation and Validity Labs. A joint recap will be coming out shortly.

Details of Status involvement can be found in this Town Hall

Richard presents the work done on a Status JS javascript library that allows anyone to create their own Status client.

Early alpha can be found here https://status-im.github.io/chat/. Please note this is a proof of concept, and an alpha version. There will be bugs. If you you’re looking for something more stable try the status desktop app.