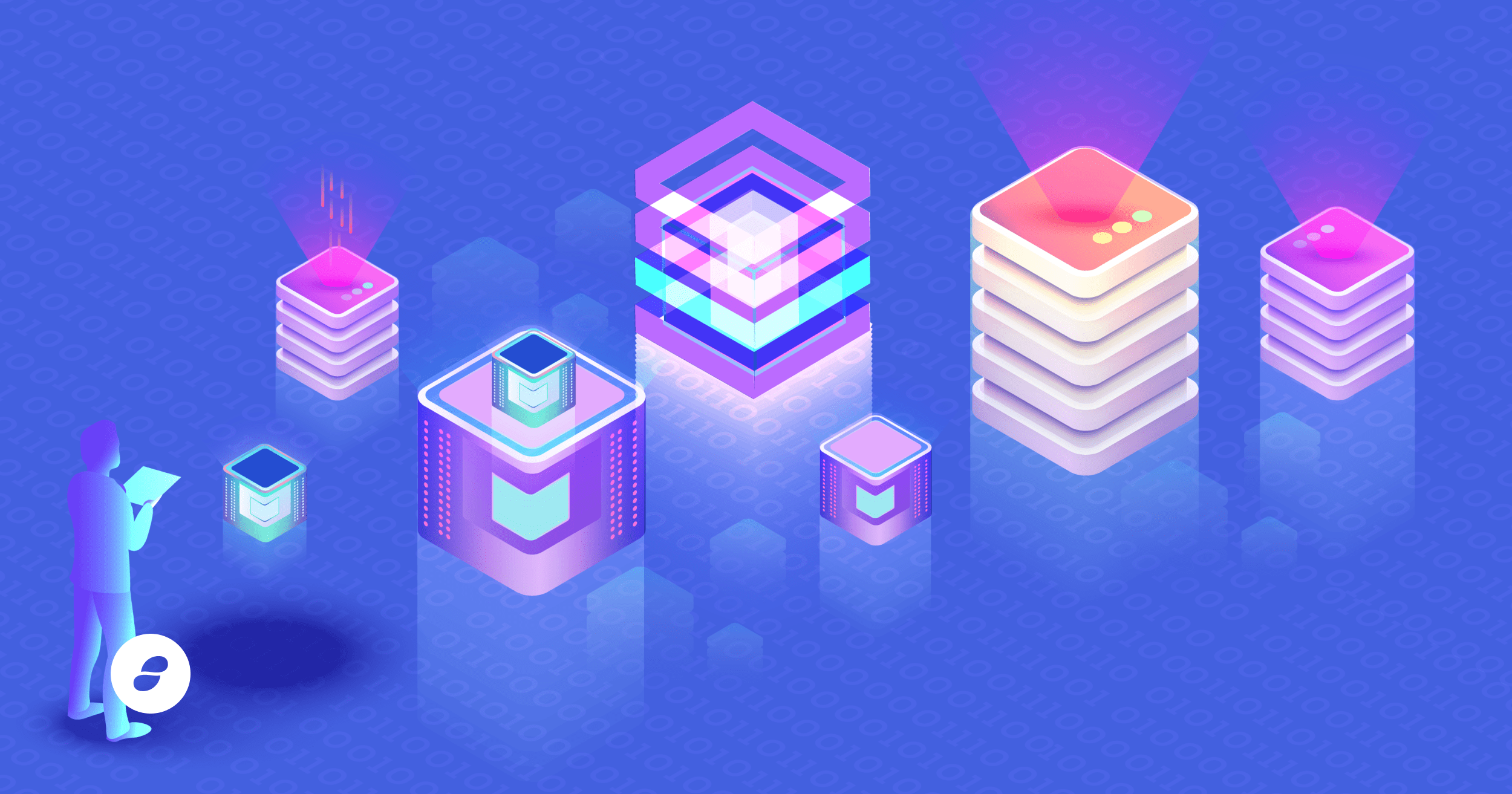 Data from santiment. Their methodology is elaborated here. Development is measured via Github events, which are defined here.

Filecoin is an open-source decentralized storage network. The peer-to-peer network has built-in economic incentives that ensure reliable storage. Users pay to store their files, and open markets determine the price and availability of such storage.

DeFiChain is an open-source blockchain platform launched in 2019 that aims to bring decentralized finance to Bitcoin. DeFiChain was founded by Julian Hosp and U-Zyn Chua.

Chainlink is an open-source decentralized oracle network that supports securely getting information into—or out of—a blockchain. Chainlink reduces the security issues in smart contracts introduced by oracles. Chainlink was founded by Sergey Nazarov and Steve Ellis.

Ethereum is the world’s programmable blockchain. It builds on the innovations of Bitcoin, and includes some key differences. Many of Ethereum’s applications are showcased in decentralized finance, but Ethereum also supports innovative Web3 technologies, decentralized social networks, play-to-earn games, NFTs, and much more.

Status is designed to combat censorship, enforce privacy and security, and uphold human rights & individual sovereignty. Status is one of several projects comprising the Status Network, which includes Keycard, Vac, Nimbus, libp2p, and more. Read about the Status Network here. Status is a project by—and for—the community, and the Status Network Token (SNT) is used to power certain application features, and to create and stimulate an open-source decentralized economy. More on SNT here.

Gnosis builds DeFi solutions, and is well known for their open-source Ethereum wallet, Gnosis Safe. The Gnosis ecosystem, including the Gnosis protocol and conditional tokens framework, is governed via “futarchy”: governance by prediction markets, this is made possible with the prediction market-driven collective GnosisDAO.

NEAR is an open-source proof-of-stake layer 1 blockchain (plus wallet). NEAR is designed to be a next-generation platform for dapps, with a focus on usability.

NEAR uses a unique scalability/sharding system called Nightshade to record and verify transactions faster, cheaper, and more securely. Details on Nightshade may be found here and here.

Cardano is an open-source proof-of-stake blockchain “founded on peer-reviewed research and developed through evidence-based methods.” Cardano has a focus on sustainable, secure, and scalable solutions. Development is governed according to a system of democratic vote.

Solana is an open-source decentralized blockchain boasting rapid and affordable transactions. Solana was founded in 2017 by Anatoly Yakovevnko, who was shortly after joined by Greg Fitzgerald and Eric Williams. See here for some projects using Solana.

Polkadot will enable a completely decentralized web where users are in control.
– polkadot.network/about/

Polkadot is in the process of rolling out parachains, the last core feature outlined in their whitepaper. After parachains are complete and tested, Polkadot will continue evolving in accordance with its community governance.

Polkadot was founded by Robert Habermeier, Gavin Wood, and Peter Czaban. It has a marketcap of $26.92B, and recorded 436.69 github events over the last 30 days.

Kusama is described as a cousin to Polkadot, an experimental development environment for rapid innovation, or to support easier deployment to Polkadot itself. Kusama was also founded by Gavin Wood, and has a marketcap of $2.34B.