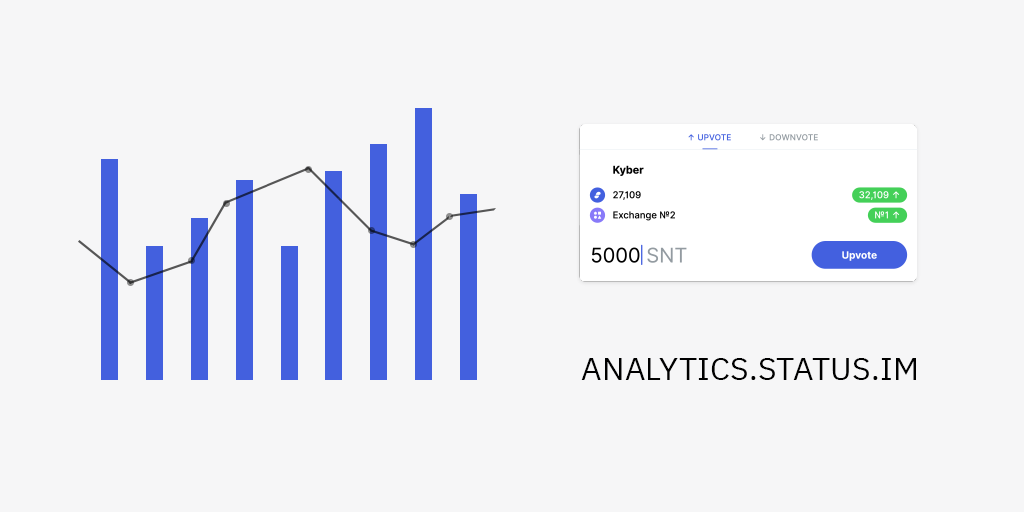 Google may organise the world’s knowledge, but you will never see a totally open analysis of the value flows through an algorithm like PageRank. They have to promise not to be evil, rather than building systems that actively prevent the possibility. However, you can now - at a glance - take in all of the relevant information about how DApps are ranking across Ethereum by looking at one, simple web page. The ranking method dap.ps uses can be applied to any piece of data you care about, and is the simplest and most direct way of curating information without one company being in control of how that actually happens.

Before anything else, I’d like to thank Peter and the whole team at Curious Giraffe for helping us put together a really elegant, simple, and clear dashboard. It has been a pleasure collaborating with yet more awesome and diverse people on this growing project.

Analytics without insight are an affront to wisdom. Analysis provides only narrative building blocks, but insight can be actively cultivated through the act of telling, and listening to, sincere stories. So that’s where I’ll start. I have been privileged enough to spend the last week and a bit exploring some of the wilder parts of South Africa with Vivek Singh (Gitcoin) and Mark Beylin (Bounties Network), together mapping out the future of collaborative work because, after all;

“Beauty is to prepare us for work,
And work is to raise us up.” - Cyprian Norwid

Through the under-appreciated art of open, honest, and kind conversation, our trip has led to many insights, two of which I want to look at more closely here. The first is that we should be using any and all data that we put on chain in order to build closer relationships off chain. Having to trust the medium less does not mean removing trust from our messages, but rather experimenting with the boundaries of how deeply we can trust at the human level. The second is that protocols ought to be introspective wherever possible. Bitcoin is able to adjust the difficulty of finding the next block autonomously by looking back on itself and the amount of hash power currently devoted to finding solutions, which can be counted as one of its major innovations.

It’s critical to realise that, for the first time in written history, the means of writing history has changed. Up until 2009, history was written by the winners, as an act that was as much editing as it was honest recording. However, blockchains only write to state (history) the transactions (changes) upon which everyone in the network agrees. In combination with executable language (code which can be interpreted without ambiguity) we can shape the flow of value in society without the threat of violence, precisely because our shared history is almost impossible to edit in the pursuit of some politically questionable goal.

This sounds pretty swell, but it also implies a responsibility for the people participating in writing data into our shared version of history. Not only do we need to be careful about how much we use commons like Ethereum, we also have a responsibility to make the most of the data we do put on chain. Vivek has been speaking about this in terms of Gitcoin’s Kudos, and figuring out ways to make more and better use of all the on-chain transactions they have generated, and the social graph that is forming around technical community members learning how to better compliment one another’s work. A culture of mutual respect and admiration that is indelibly etched into our chain is valuable in ways that are yet to be explored.

I expect that you will see some interesting things on this front from the Gitcoin team in the not-too-distant future, but I wanted to make sure that I am providing a clear view into the on-chain workings of the dap.ps ranking system as early as possible. While the dashboard you can scroll through is fairly simple; use and time should make it a more powerful and interesting. It also reveals how simple the game really is, and will hopefully give developers interested in decentralised curation greater insight into how this stuff actually functions in production, with real people and real money.

This is the critical point: the greatest barrier I faced in the research and development phase of this system was that there is no good data on which I could base the assumptions I used to try and model the correct value for critical parameters like the “ceiling” - i.e. how much any one DApp can stake.

I have open sourced the smart contract, the economic modelling, the application itself, AND the analytics I’ve been gathering from the few pieces I did decide to add into our shared history. I sincerely hope that future versions of this work will be made easier, better, and more accurate by means of this open approach. I hope that all these building blocks will help others create even more insightful stories within our larger narrative of a new kind of shared history.

In addition to being a delightful presence on any road trip, Mark Beylin has been instrumental in getting me to think more about recursivity and introspection within protocols themselves. Hopefully, this will lead to a new and improved version of the contract itself that is capable of setting its own ceiling. In order to do that well, though, we come back to the desperate need for better data with which to try and model the possible effects. This is the other reason for spending some weeks setting up proper analytics that track every possible flow of SNT through the contract, or from community members directly to developers.

Looking closer at the internal operations of a production system should give us a slightly more stable starting point from which to write code worthy of existing within the shared state toward which we are all collaborating. If you’d like to join the fun in a very real way, think about picking up one of the bounties in the issues, or pinging me about how best to include other kinds of tokens and begin opening dap.ps up to a wider community, rather than being seen as the work of one company.

On that note, I have decided to step down as a core contributor for Status, and am now a lowly worker bee contracted specifically to maintain and improve dap.ps. My hope is that this will allow me to pursue some of my own interests in other parts of the community and do the important work of building interoperable bridges (technical and human) between all the iconoclastic cats who tend to be attracted to Ethereum.

It is also a strong signal, both personally and from Status, that dap.ps is about much more than one logo, company, or token. It is about figuring out together how to move the world consistently and iteratively into shared, consensus-based states which benefit more people.

"So, then, if you can’t ever end things neatly, can’t ever put them back quite the way you found them, surely the alternative is to remain stubbornly carbonated with possibility, to never rest from your rotation. To keep assembling stories between us, stories about how everything was everything, about how much we loved." - Ella Frances Sanders