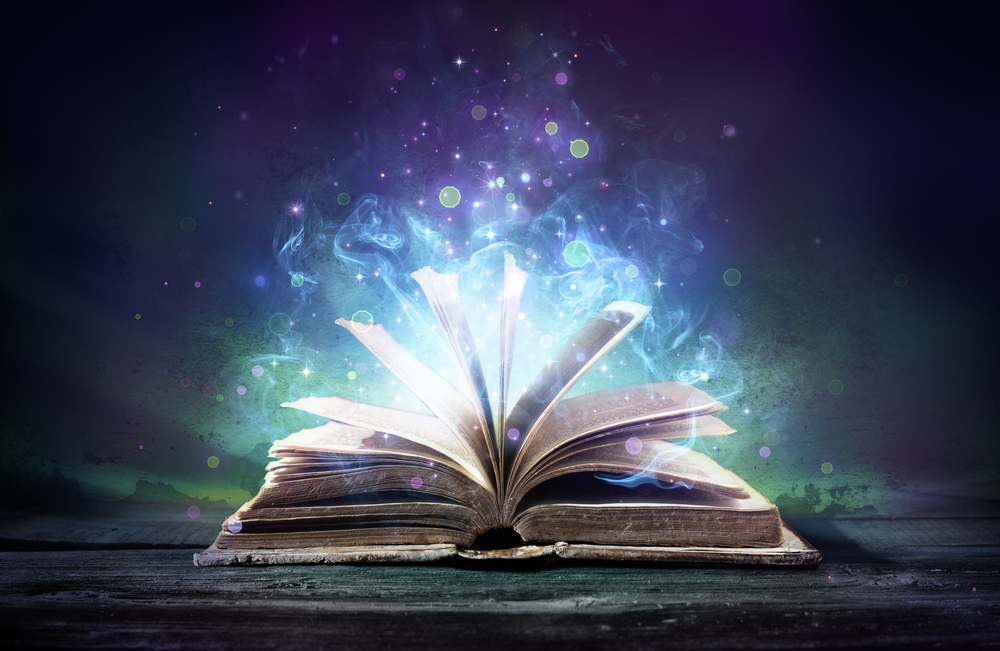 On a panel about “Blockchain and Business” recently, and in an attempt to not mention “the blockchain” and how it can help “business” once, I resorted to discussing Marianne Brün and one of the best pieces of critical writing I know: Paradigms: The Inertia of Language.

Brün wrote it in 1980 - some 29 years before Bitcoin was released into the world - and yet her core argument can be lifted almost word for word and applied to the philosophy underpinning cryptocurrencies and the current push back towards using decentralised systems for the creation and distribution of value.

Her core insight comes right at the start:

“[The] greatest dynamic power is held by a paradigm while it is not called paradigm, but called facts, data, truth, nature, ethics, proper procedures, etc. As soon as a paradigm is called a paradigm (usually then referred to as a mere paradigm), its power collapses.”

Armed only with this, we can already make the argument that cryptocurrencies are conceptually valuable for the simple reason that they allow us to view our current financial and political systems as mere paradigms. Whether this is good or bad is still to be decided. As Brün points out, naming something as a paradigm is simultaneous with it beginning to fall apart, the effects of which we are seeing in both political and financial worlds currently, all across the globe.

Many pundits have emphasised the importance of providing alternative systems that give people unrestricted choice about how to interact with the world, but they have perhaps not gone far enough. Brün suggests that, “we today can not tell, by definition, within which paradigm we are dwelling, thinking and acting, unless and until we are able to observe us and it from the outside.” Providing alternative systems - forks in the path - built on different premises, is precisely the mechanism by which we can come to view current systems “from outside”.

However, as Brün is well aware, creating alternative means of being in the world is not enough. We need to be able to express them accurately to others, which is really hard to do because of this thing called the “inertia of language”. She gets poetic to describe the core problem:

“Our language still has the sun rise in the east and set in the west, although it has been known for 2000 years, scientifically proven 400 years ago, recently even admitted by the church, that it is our horizon which continuously rises in the west and dips in the east. No poet has yet taught language how to express these events in consistency with present knowledge.”

If we are unaware of the traces in the language we choose to use that come from now-discarded ways of understanding and being in the world, then we can too easily become ourselves little better than the tools of old ideologies:

"The dilemma is that neither insight nor good intention, not even syntactic and grammatical care, will protect me from becoming an ideologist as long as I am unable or unwilling to create the suitable language which speaks as I think and not louder than my thoughts."

That’s a really tall order - a language that speaks as I think and not louder than my thoughts. Honestly, I often feel myself falling into this same ideological trap when writing about the work I do or talking to friends about it. But, writing in natural language is not all I can do...

I can actually write a proto-language that compiles down to machine-readable code that is then run on a virtual machine which is everywhere and yet has no physical location, and is shared by a whole bunch of random people, all around the globe. I can write testable linguistic primitives that cause stuff to happen in the world in a deterministic way, governed by a consensus mechanism agreed to by all participants, and secured by cryptography, all using a network no-one owns.

“My conjecture is that we all live, speak, and act, perceive, judge, and decide under the unquestioned, untouchable, and firmly established guidance of an image which I call “the reward oriented hierarchy”. By calling it so, I may be able to show that particular dynamic property of language which, undetected, blocks creative, and thus political, thought processes.”

She goes on to say - and now you see why her argument can be lifted almost word for word:

“The premise of the reward-oriented hierarchy states that the necessities for the satisfaction of human needs are scarce. This scarcity poses individual and social problems, in particular, problems of production and distribution. Finally, the premise declares that the problems of scarcity cannot be solved before individual and social problems are solved. Thus is generated, consistent with this premise, a large body of consequences, resulting in apparently consistent and reasonable criteria for the planning of economics and the teaching of language.”

Well, we can now plan economics using languages that exist at the intersection of mathematics and natural language, which allow us to program incentives without relying on centralised mechanisms for trust. Scarcity becomes a feature only of how we choose to optimise the incentives in the games we agree to play. It is no longer a premise - it's just a tool. Moreover, the languages we do this in are not nearly as old as natural languages, do not have the same accumulation of layers of ideology, or the same amount of inertia behind them - so they are much easier to mould to our current needs and desires.

“In particular: can we find the language whose grammar, syntax, and sentence structure would make it consistent with the premise that all human needs have to be satisfied first, before and so that individual and social problems can and will be identified and solved?”

Perhaps, with the advent of decentralized networks and cryptocurrencies, we can begin to imagine what the implementation details of such a language might really look like. I’m not suggesting that we are there yet, but I certainly think this is a worthy conceptual goal.

“Our writers and speakers must at last recognize its incompetence and become the creative artists who compose language, so that it teach its writers and speakers how to be thoughtfully and carefully inconsistent with undesirable premises, to be incompatible with the morals, the religions, the armed forces, the arguments of the reward-oriented hierarchy.”

And it just keeps getting better:

“So that language may not become a fossilized fetish, let it be praised for the thoughts it expresses, but ruthlessly criticized for the ideas it fails to articulate. Language is not the standard against which thinking is to be measured; on the contrary: language is to be measured by a standard it barely reaches, if ever, namely the imagery of human doubt and human desire.

To measure language, with imagery as a standard, is the function of art in society. The arts are a measuring meta-language about the language that is found wanting. If the imagery succeeds in containing, anticommunicatively, for later, the simulation, the structural analogy to that which was found wanting, then, who knows, it may tell us or someone someday with breathtaking eloquence and in then simple terms what we, today, almost speechlessly have wanted so much.”

Breathtaking indeed, but what is it that we want so much?

My dream is made up of a more accessible, transparent world and unmediated connection with the others. I genuinely think that - though there is so much still to be done - cryptocurrencies and the decentralised networks they have been spreading around the globe are one of the best means we have of agreeing on anything like the language for which Brün is reaching. It reminds me of a passage from a very different writer I love equally, Antjie Krog:

“We all just want to be human – some with more colour, some with less, but all with air and sun. And I wade into song – in a language that is not mine, in a tongue I do not know. It is fragrant inside the song, and among the keynotes of sorrow and suffering there are soft silences where we who belong to this landscape, all of us, can come to rest.

Sometimes the times we live in overflow with light.”

Is any of the above really true? That's the wrong question. It’s what you do with the language that counts.

P.S. Depending on your perspective (maybe we rise into complexity and chaos, after all), one step up the rabbit hole is the realisation that language itself was the first logically decentralized network and the paradox of ubuntu: i.e. a human being is only a human being through other human beings. That is, real individuation requires a community of others and a special kind of connection fostered through conversation (via words, eyes, and touch) practiced as an art. But I'll leave that for another time.

P.P.S This song seems like a great way to summate all the above.