Web3 and the Republic 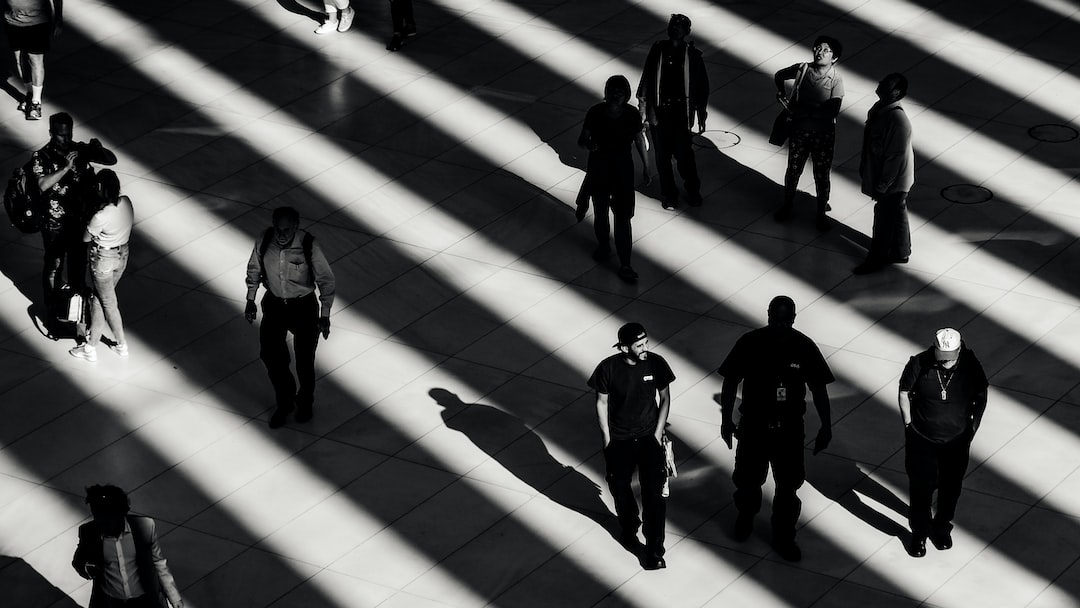 Recently I scrolled my facebook timeline, and I came across an update that really triggered the libertarian in me. It turned out that the actual article was about the ability of online platforms to target us and steer our worldview by targeting what they know about us.. So that was kind of legit.. But disputing of our belief in our free will is something that I still couldn’t digest.

The core of the free society we enjoy in the west lies in the belief in our free will. We inherently trust the citizen. Through centuries of striving, people who are part of the western democratic tradition - or the “free world”,  have established that we are not endowed with our freedoms by the system, by government, but that freedom is something inherent to us. Countries of the free world are built on the presumption that the citizen is responsible - for good or for bad. We make our own decisions, we are responsible to inform ourselves, to vote, to appear as jury members. We carry the responsibility of freedom.

Until today, we had countries and governments that fall somewhere on the spectrum of despotism on one side, and the true republic on the other. These systems are different by how they see the individual, and the people. Do they see them as irresponsible children, or worse, as someone who should be governed without having their say? Or do they see their citizenry as someone who is morally and politically capable of governing themselves - through mechanisms of the republic? In despotism, someone makes decisions for the people. An analogue would be setting the rules - enforced by the power of the state - “don’t do this, don’t read that, don’t say that” - because that can be dangerous for you... because the government “cares about you”.

More modern, evolved forms of despotism can get more subtle. Freedom of speech can be impeded by media monopolies, by control of the platforms, by various forms of self-censorship. Noam Chomsky gave an interesting interview on this subject, pinpointing some of the phenomena we are facing in democratic countries:

In the Republic (and Im using the Republic with a big R - because this is the ideal) - we trust the people with ideas, with speech. We expose them to lies and dangers, and falsehoods, and we expect them to bear the burden of freedom. People are expected to inform themselves, to educate themselves and to mature. If they fall once, and twice, we give them another chance at making the right choice. We count on them to build collective memory and to cherish the freedom they have.

Freedom can be scary

History has taught us that, given freedom, people have made some bad decisions. Like an employee who decides to become entrepreneur will need to carry more responsibilities and educate himself more. Just like people who invest in cryptocurrencies won't go far unless they do their own research, our basic societal freedoms will survive only as long as we embrace the discernment. So, when we have voices in our society that offend us, that don’t sit well with us, that are hurtful, or are downright lies and rubbish - we should defeat them in the free forum of ideas. That requires that we be engaged enough.

We cannot delegate our responsibilities to expose falsehoods, or to fight harmful ideas to governments any more than we should trust centralized platforms to do this for us. It isn’t a question of  "should we tolerate some bad (or plain stupid) voices?", it is more a question of "To whom are we delegating our discernment about who is a loon, who is too extreme, whose voice needs to be extinguished?" We can’t delegate those decisions.

We all live in some form of echo chambers, but we should reevaluate these for ourselves, instead of being forced to trade this privilege for the convenience that today’s centralized platforms give us. I don't trust teams of Silicon Valley moderators to shape my echo chambers with their biases. If it’s a trade for convenience, they’re asking a lot. Our world is getting polarized along a range of questions.  We can’t delegate more and more power to centralized platforms without that coming back to bite us. Even if the centralization we are subject to is mostly by convenience, it is dangerous nonetheless.

When the boss of Cloudflare terminated The Daily Stormer (a vile outlet, btw)  he raised valid questions and doubts about his decision; Cloudflare  published comments of the public about that decision. The question is - who gets to decide?The progress of our society relies on the latitude. On the ability to articulate what is good and what is bad - or what’s nonsense and what is not - through freedom of speech. Even, or especially, when the extinguished voice belongs to,  for example, Alex Jones.

Freedom of speech is a fundamental element of a mature society - just as, for example, embracing possible failures is a fundamental part of an entrepreneurial success. These issues will become more pressing as long as there are more voices in our societies who can’t bear being offended, and who demand that this or that voice gets silenced.

Why we need different model

All these problems arise from the fact that there are central points of (failure) to censorship. Centralization gives levers to someone else - or algorithms - to decide for us.

The model is to blame.

What we need is a new revolution in how information is being published and consumed. In a way that will leave the power in the hands of the individual.
This means no deplatforming. No denying someone a voice in the presence of people who want to hear that voice. The end consumer needs to be able to make those decisions. Because even a slight or seemingly benign bias - when exerted on a large scale like we have today - can have serious consequences. We can’t have people build echo chambers around us according to their biases. Our own echo chambers are bad enough :)

This is why we need web3 - and a new generation of services built on a decentralized model.