Zerion & an Oasis of DeFi Tools in Dap.ps 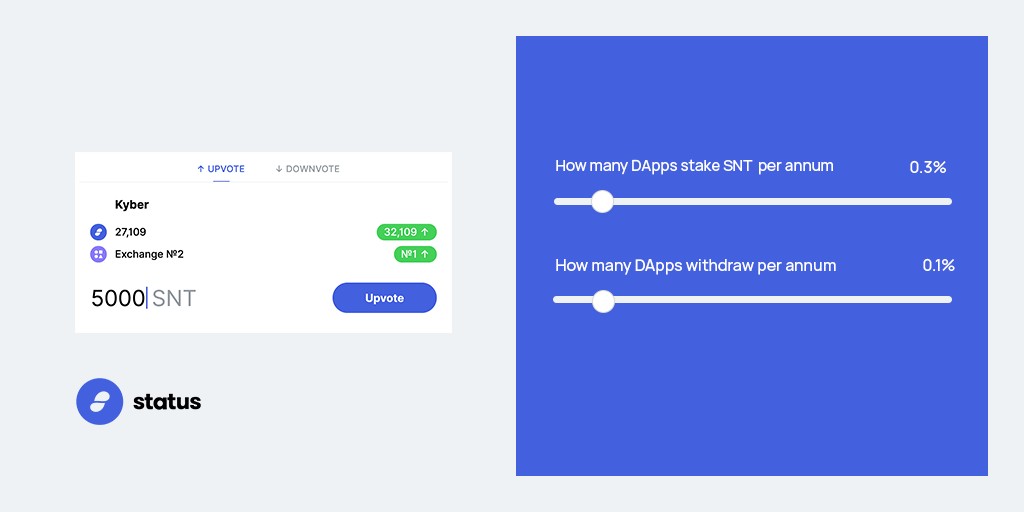 Last year, we quietly released the world’s first purely economic ranking system, using a simple and open smart contract on Ethereum. Anyone can submit their DApp to this contract, stake however many tokens they like, and get a rank. It’s very simple: the more tokens you stake, the higher you rank. However, we use a bonded curve to make sure that the more tokens you stake, the cheaper it is for the community of token holders to downvote you.

This means dap.ps is the first online, ownerless, and game-theoretically stable ranking system. While DApps on Ethereum are our first use case, the same contract can be used to rank any kind of information, and we see this as the first live test of an economic solution to the pervasive problem of #FakeNews. Google has done a great job organising the world’s information, but the problem now is about who benefits from different methods of organisation. We have to make sure that such benefits are spread out as widely as possible, which means removing middlemen. Indeed, it means removing ownership entirely - and this is only possible with so-called ‘smart’ contracts. It is not “Don’t Be Evil”. It is “We can’t be evil. Here is the proof.”

Now that version 1 is confirmed to work according to our expectations, it’s time to kick things up a notch. With more than 20 DApps already participating in the system - and over 100,000 SNT locked in the contract - we’re looking for interesting, privacy-preserving, and mobile-optimised products set to bring Ethereum to the next 1,000,000 users that we can feature on dap.ps.

We’re extremely happy to feature 2 such DApps in our next release: Oasis and Zerion. It seems that the rise of Decentralized Finance tools - or #DeFi - will continue in 2020 and both of these products are at the forefront of that particular and exciting world.

Oasis was built in-house by the good people at Maker, who are also responsible for the world’s first “stable coin” - a token that maintains parity with the USD by means of collateralized debt. Recently, Maker upgraded their systems and moved from using a single type of collateral (ETH), to the ability to include multiple types (beginning with ETH and BAT). Oasis allows you to leverage all the new functionality this enables in one easy-to-use place. Oasis also allows users to earn savings on their Dai by taking advantage of the Dai Savings Rate. In a few clicks, users can earn 6% on their Dai (at time of publishing), and add or remove Dai whenever they want.

It is a genuinely exciting development for what has been called “the central bank of the internet”. This moniker is a bit tongue-in-cheek, because - more than any other live project - Maker illustrates the power of decentralised systems to replace brittle institutions run by unelected bureaucrats with open and dynamic groups of incentivised people from all over the world. It is a genuine pleasure to work with, and feature, such an innovative group of people who have - for longer than almost anyone else - been pushing the boundaries of what is possible with magic internet money.

Zerion is a relatively new entrant into the cryptocurrency space, offering a slick, clean and easy-to-use interface for all your #DeFi needs. As with everything in crypto, we’re seeing complexity explode as more people realise the power of open and permissionless approaches to finance, so having one place where you can easily manage your portfolio is critical for onboarding inexperienced users. At Status, we’ve been obsessed for years with producing a simple UI for mobile so that as more people in the developing world come online, we’re able to service them without any compromises in either usability or security. We’re happy to see Zerion taking a similar approach - executing it so beautifully - and are excited to feature them alongside Oasis.

The future is bright and we’re happy to be a small part of bringing you the best bits and bytes as they are built, curated in such a way that anyone who holds SNT benefits. We’ll be bringing out new, featured DApps fairly regularly - so, if you’d like to make it into those hallowed positions at the top of dap.ps, get in contact and we’ll see if we can spread the magic even further. 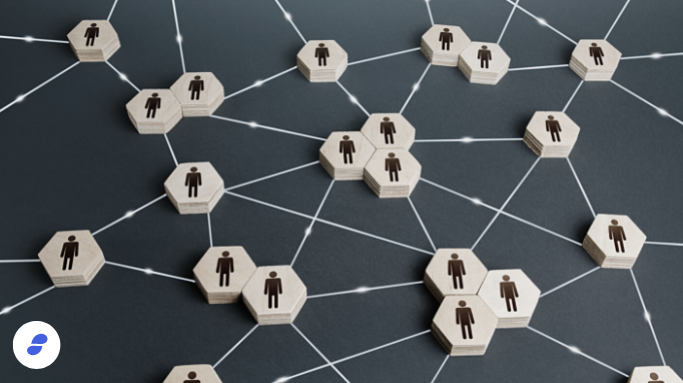 What is DeFi? How does it impact your future?

Centralized Finance Today Almost every facet of banking, lending, and trading is now managed through centralized systems run by regulatory organizations and gatekeepers. Consumers must 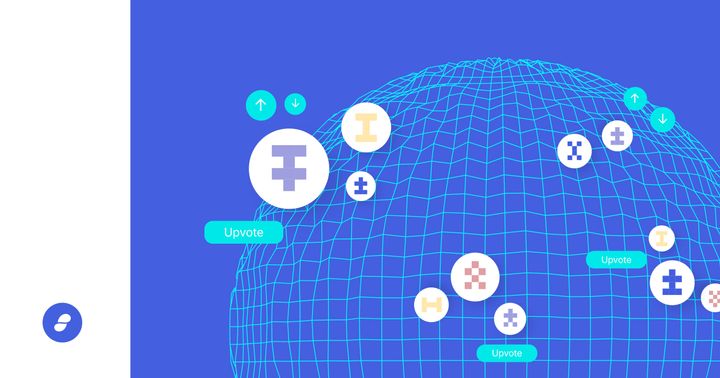 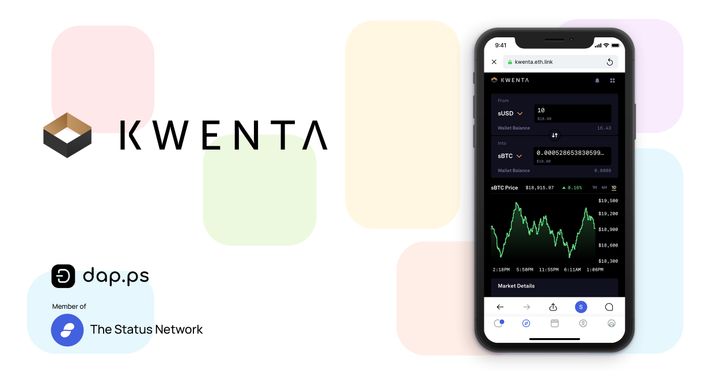 Kwenta - powered by the Synthetix Protocol - is live in Dap.ps

Kwenta is a new derivatives exchange with infinite liquidity powered by the Synthetix protocol. It is now available all from your pocket with Status and dap.ps