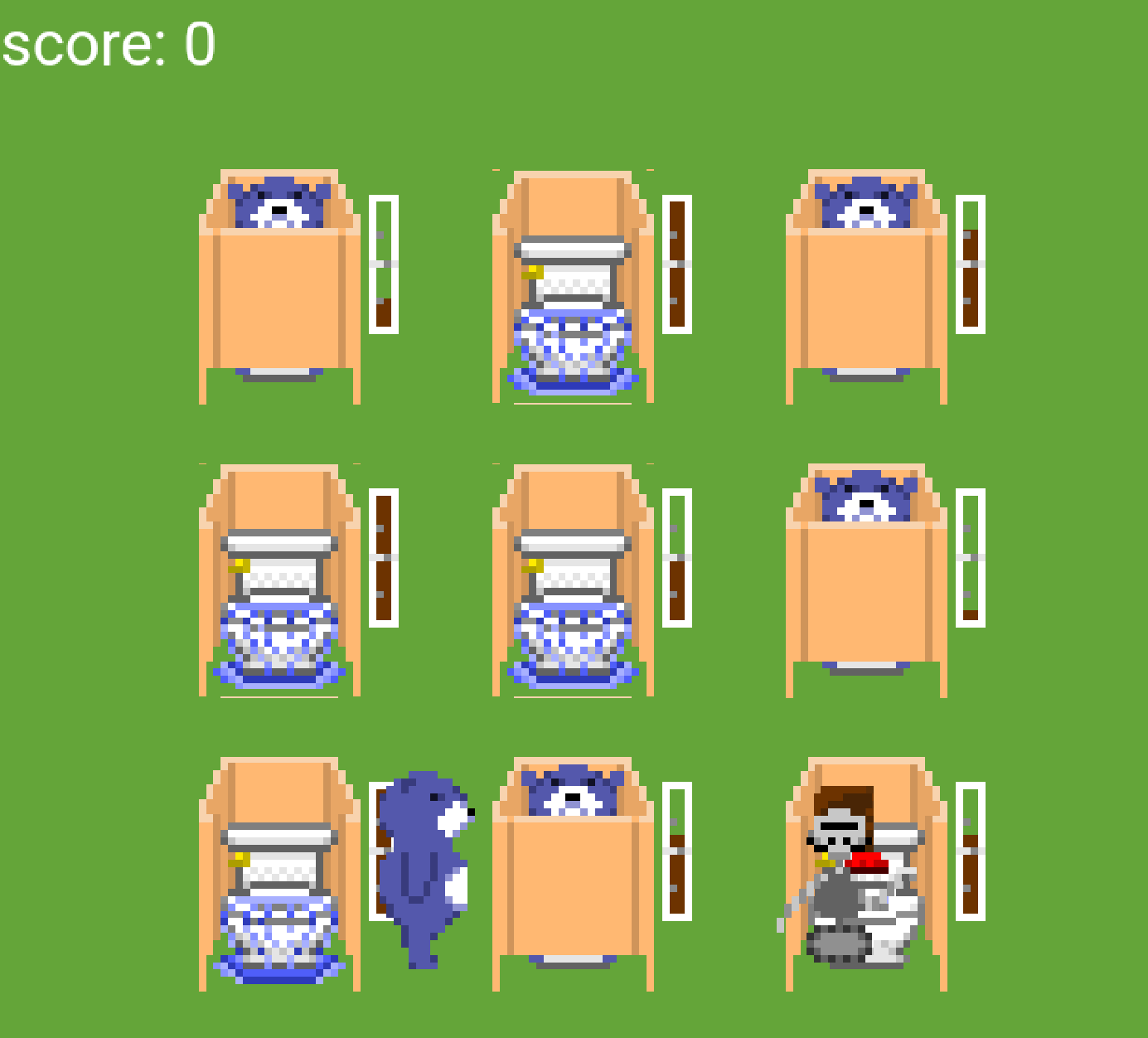 I started learning about blockchain development early this year. I'm the kind of person that learns by doing, so to build my chops learning about this new technology, I wanted to work on real projects. Gitcoin was such a blessing in this regard. I started to take on low-hanging fruit in open source projects that were suitable for a novice blockchain developer. I would soon find the Status.im project whose globally remote team was very welcoming.

Read about my experience as a Status community ambassador here.

I think Gitcoin can be a model for open-source monetization. I would like to see more big-name projects fund more open-source bounties. For someone like me, working with Status under this model felt like a paid internship in which I was rewarded in proportion to how much effort I put in. And I'd imagine for more experienced blockchain developers, Gitcoin can be a platform for freelancers pursuing a career as open-source bounty hunters.

Starting in April all the way through November, it seemed that there was an endless marathon of hackathons hosted on Gitcoin. And it was exciting to see companies like Consensys and Microsoft as sponsors.

Here is how I took advantage of Gitcoin's hackathon season to build my chops as a blockchain developer and to explore the possibilities of the technologies provided by the sponsors and other funders.

"A lot of people here in the Ethereum community are here because they want to have large-scale social impact, and gaming is—it’s clearly not the only impact a lot of people want to have, but it’s a place where you have a lot of early adopters, and where blockchain can be proven out very quickly" ~Vitalik Buterin at Token 2049

Before getting into blockchain development, my programming career involved game development. As an independent game developer, I was never able to be self-sustaining, but I still enjoy making games despite taking a break from game dev for a few years.

“I am really bullish about gaming and non-fungible tokens [...] CryptoKitties was the start. I think the timing is right now, way before five years [from now].” ~Vitalik Buterin at BlockShow Asia 2019

Thinking about the possibilities that gaming on the blockchain enables made me excited about making games again. Projects such as Enjin and Loom tout the power of blockchain to empower players as true owners of their valuable in-game items by minting them as non-fungible tokens (NFTs). I never played games like World of Warcraft where there emerged a black market of buying and selling characters and items, but I can understand how something like that is appealing. However, this isn't the only benefit of using the blockchain in games. It is not obvious what the future of gaming incorporating blockchain will look like, but I suspect it will be under the hood without players even knowing about it. The team behind Neon District seems to have the right idea.

For the Gitcoin hackathons, I looked for bounties that would allow me to explore the possibilities of blockchain in gaming. So for me, it was actually game jam season. It all begins with a couple things more basic than self-sovereign ownership of in-game items: storing high scores of simple arcade games on the blockchain and friction-less on-boarding of new players.

"HeistCoin is an exotic asset with such high volatility that greedy scammers, fraudsters, and thieves (such as yourself) rob banks of these assets, sell them off at exchanges, escape the cops by leaving town, then doing it all over again in the next town. These robbers won't stop until they get caught by the cops. Even with such high prices shooting to da moon, what good are your hodlings when you'll just end up rekt and in jail?"

This game was originally developed for the repl.it Game Jam challenge by me and my collaborator Mark Calabio (yes, we're twins). Our friend Francis Roberts composed the music for the game. The narrative of the game is somewhat of a light-hearted satire on the culture of speculation and hype surrounding the price of cryptocurrencies.

For the Ethereal Hackathon (April 15, 2019 to April 30, 2019), the POA Network funded a bounty to deploy a game or DApp to the POA Core network. I used this as an opportunity to integrate the blockchain to the HeistCoin game.

A leaderboard feature was developed for this bounty. It's really simple. Each player's highscore is recorded on a Proof Of Authority chain which has some scalability benefits (e.g., faster transactions) compared to the Ethereum main chain. Learn more about POA here.

Play the game here. [Note: this is not the blockchain version as that is currently broken.]

Alfie is a good boy, but he always wants to eat my food. When I was out of the house he stole my beef jerky, and then he became constipated. Now after being backed up, he won't stop pooping. Please don't let him poop outside the box.

For the Beyond Blockchain Hackathon (June 24, 2019 to July 10, 2019), I made another game with Mark as a submission. This time it was for Portis' bounty. Portis is a Web3 provider which is an alternative choice to the conventional MetaMask. It requires no browser extensions and more closely resembles a Web 2.0 experience of logging in (i.e., an email login and password).

Signing up and logging in with Portis requires no knowledge of private keys and mnemonic phrases which is something that may introduce some friction in on-boarding to new users of crypto-related applications. Learn more about Portis here.

The game that we made for this hackathon was based off of a song that our band Platypus Egg made called "Alfie". Essentially, it is a Kaboom! clone with a cat poop theme.
Play the game here.

With the convenience of Portis, we were almost able to have our no-coiner friends play the game and record their highscores on the blockchain without them even knowing the the blockchain was involved. I believe this is a critical point in bringing blockchain to gaming. However, there was one thing missing: players had to pay gas fees every time they got a new highscore.

For the Grow Ethereum Hackathon (July 29, 2019 to August 15, 2019), I saw that Portis once again was a funder and this time their bounty asked to integrate their gas relay. This was our chance to remove that extra layer of friction from the blockchain game experience. Portis was okay with our updating the existing Poop Outside the Box game by integrating the gas relay for this bounty. We got some of our no-coiner friends to play the game and record their highscores on the blockchain without them even knowing about the blockchain! Cool, huh?

For the Ethereal Blocks Hackathon (August 28, 2019 to September 11, 2019) I was thrilled to see Status.im funding a bounty for this hackathon so I jumped on it. Status being a mobile app, making a game for this hackathon would be a very different goal. Mark and I decided to make a game suited for mobile devices by having touch controls. And this time we enlisted the help of our friend Barry Lockwood for additional programming power.

It's another bathroom-related game (surprised?) which has elements of real-time strategy and tower defense. You play as a robot janitor of a buffet for bears. If you have the Status app on your mobile device, you can play the game here.

bears have to go poo because they ate a lot of food at the buffet. We are expected a lot of clogged toilets. Today. Make sure all the toilets are unclogged before the Bars get to the toilet r else you're fired. Thanks

Submitting to this bounty made me realize how much I love Status. In particular, I realized the power of a web browser which is connected to Web3 by default. In this sense, logging in to play games is even easier than Portis. However, it does require the initial on-boarding of installing the Status app in the first place, but this opens the user up to the larger Web3 ecosystem.

Perhaps a future we will see is Web3 connectivity in web browsers as a standard. In the mobile space, Status has this down. It's just a matter of adoption.

What did I learn?

From September 23, 2019 to October 4, 2019, The Road to Devcon Hackathon happened, but I decided I've had enough of hackathon season. It was a great run for me and quite the learning experience. What did I learn about blockchain gaming? It was mostly discovery of which blockchain technologies were available to game developers. It was great that these funders provided bounties because it gave me an incentive to explore how these technologies can be used in the context of gaming.

I am not entirely convinced that the videogame industry will be an emerging market for blockchain like Vitalik says, but thinking about the possibilities is definitely exciting. And what me and my team have done is just scratching the surface. We did not even touch non-fungible tokens which is what a lot of people in the crypto-space are excited about in blockchain gaming. There are efforts to implement collectibles, characters, and items as NFTs. Doing such a thing opens up a built-in marketplace as part of a game's ecosystem.

As a game developer, I don't feel like I have to integrate blockchain features in my games in the immediate future. But I want to keep that option open, and when the time comes where it makes sense to integrate the blockchain into my games, then I already know that the tools to do so are available and only improving as we move into the future.