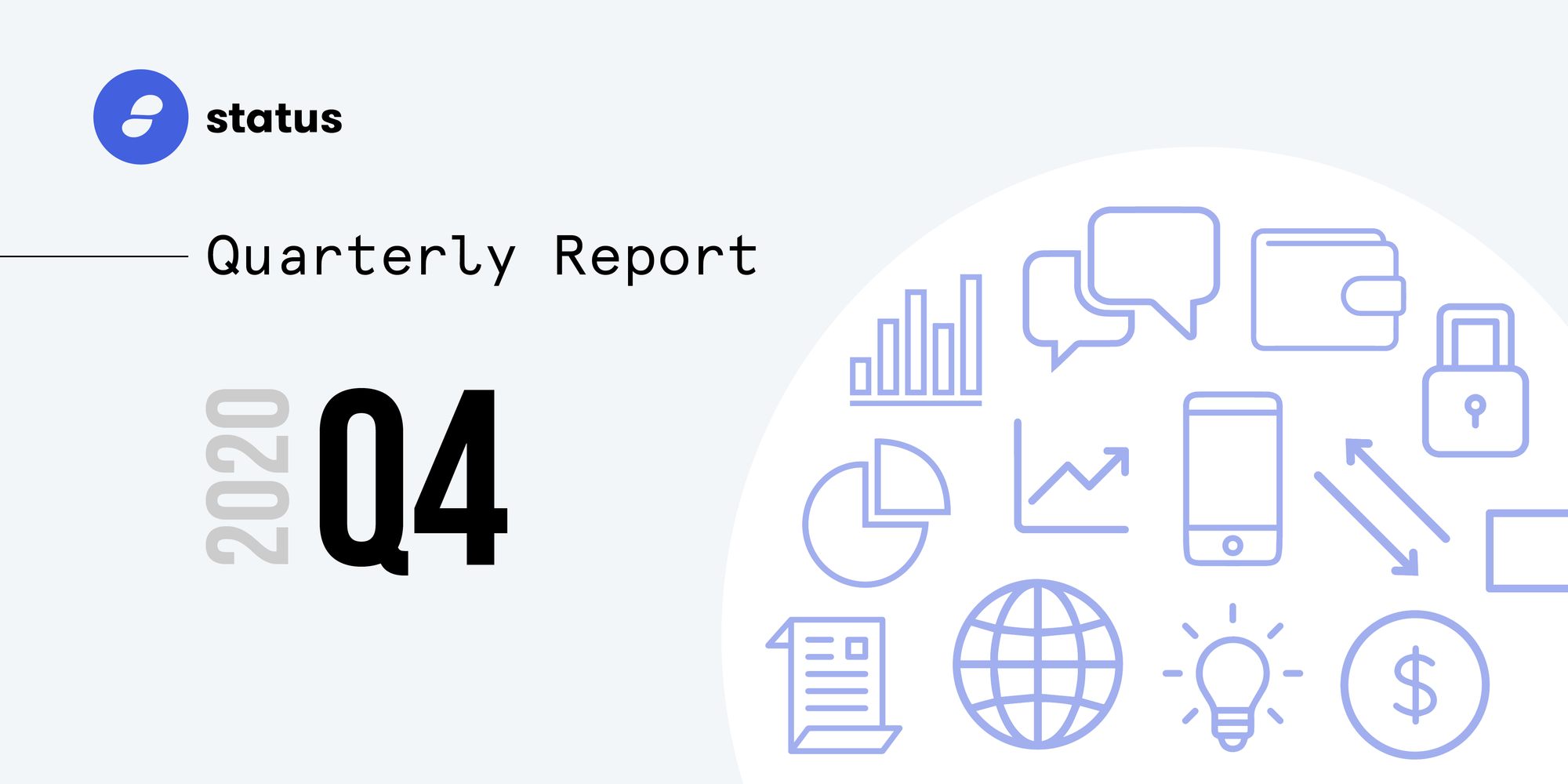 [Thanks to our wonderful community of translators, you can read this report in Español, Português, 中文, Русский, Tagalog, 日本語, and 한국어 <3]

We’re back with the final Status Network Quarterly Report of 2020 and what a way to close out the year. The end of 2020 saw significant progress across the network on the Status App, Nimbus, and Waku, as well as a strong strategy for the future.

The team of core contributors and passionate community members continue to build and ship the infrastructure, tools, and products that enable our mission of protecting the right to private, secure conversations, and promote the sovereignty of individuals.

When looking at the various elements of The Status Network, one can see the broader vision of private, secure communication and how all the projects in the network come together in pursuit of this vision.

Designing and building at each layer requires exhaustive effort to ensure security and privacy are native to the work and not simply an afterthought. This requires deep exploration of the tradeoffs between privacy and convenience with bleeding edge technology. This report will outline the progress made across The Status Network in Q4 2020.

The focus for Q4 was providing a more social, engaging, and stickier experience in Status. With this goal in mind, the team was heads down designing and building for the following releases of a secure messaging app:

In Q4, we had ~600k new Android installs (according to Google’s Play Console) and ~1800 new installs on iOS (according to Apple’s App Store Connect). The team has also been more closely measuring daily retention of newly onboarded users.

Notably, Status saw a then all time high of active peers in the network on the day of an AMA with Vitalik Buterin.

With design and architecture decisions made, and an initial beta release under their belt, the Status Desktop team started shipping at an astounding rate–further bringing private, secure communication no matter where you are, on the go with your smartphone or while at work at your desk.

The Desktop App still hides the ethereum wallet and dapps browser tabs by default while still in beta. But with the progress being made by the team, the goal is to conduct an audit and move out of beta in the coming months.

The latest Desktop beta can be downloaded for Mac, Windows, and Linux here.

There are currently 85,024 SNT holders, with 973,165 transfers made to date, and a total supply of 6,805 million SNT. You can see more token metrics here, as well as our own SNT analytics dashboard over at: https://analytics.status.im/.

Many SNT utilities are designed as microtransactions within the application and network itself. However, with gas prices hitting crazy levels, these transactions became less realistic considering the expensive network fees.

This led the team to further analyze and investigate Layer 2 solutions that are suitable for Status.

Checking in on our SNT utilities live and in development, we have:

Keycard is a secure, contactless hardware wallet, which, when integrated with Status, enables users to:

In Q4, the Keycard team focused on the iOS integration with the Status Mobile App, making the Keycard offering more extensive and the Status experience more robust. They also prioritized how Status users can easily transfer their regular accounts (with no keycard) to a Keycard for increased security.

Learn more about Keycard and get your own at keycard.tech.

Active work on the Embark Framework has been on pause, as the Embark team has been focused on building the Status Desktop app, as well as integrating Embark with Status, so no updates to report for this edition.

The Nimbus team had a momentus Q4 with the mainnet launch of the Nimbus client:

Stimbus is a project that implements the current backend library status-go in the NIM language, with the goal of bringing closer integration with the Nimbus and Vac projects and bringing Waku v2 into the mobile and desktop app. The team has implemented many apis & endpoints over from status-go into stimbus, it is completely compatible with the existing database of status-go and is currently used by status desktop. The team has done extensive research on a concurrent architecture for Stimbus and work is now ongoing in implementing it.

Vac, the team behind the underlying messaging protocol in use by Status, has been heads down working on Waku v2. Waku v2 is a general-purpose private p2p messaging protocol that seeks to address some of the limitations of Waku, such as scalability. A summary of its motivations and goals can be found here.

First and foremost, Hanno Cornelius has joined the team and has been working on the JSON RPC API.

In Q4, the team outlined primary goals for the coming months which are outlined on the Vac forum here. The goals are:

Q4 also saw the initial beta release of the `nim-waku` codebase, which included the first implementation of the Waku v2 protocol.

Click here to learn more about the history of Waku including:

Q4 was an important quarter for Status growth and marketing considering all the exciting things that happened around the ecosystem.

On October 8th, we had one of the busiest days ever in the #status public channel as we hosted an AMA with Vitalik Buterin. Vitalik responded to comments and questions from the global community as we saw record numbers of concurrent peers (at the time).

We followed up the Vitalik AMA with more community AMAs including:

Status appeared in global press in Q4 with features in CoinTelegraph, What the Dev Podcast by SD Times, and several Latin American based publications including Noticias CryptoMarket,  iProUp, and Crypto Resources.
You can follow along with the Marketing team’s plans in real time here.

For ease of reference, we’ve shown our financial data in this report in USD. When putting together this information, we used the following Coingecko exchange rates to convert ETH balances:

While technically part of the Q4 strategy, to secure a longer runway for operations, we executed several market transactions to prolong Tier 1 runway to 18 months.

At the date of this report, the current assets position in treasury is as follows:

Given our assets position, the runway is as follows:

Despite the global pandemic, the Status team managed to participate in a number of online (non-location based) events in Q4 including The Vancouver Biennale in partnership with #ArtProject.io, Taipei Ethereum meetup, 2.5 by ETHBerlin, ETHOnline by ETHGlobal, and Welcome to Web3 by Gitcoin.

As we reached the end of a year nobody will easily forget, we also reached the highest number of core contributors/community freelancers since 2018, closing 2020 with 73 employees.

While our core contributor count is up, we want to give a shoutout and fond farewell to Ceri Powers who left the team to pursue other opportunities. She was an incredible force in the Status team and while sad to see her go, we wish her the best of luck.

We’re still looking to expand the team with some key skills and contributions. In Q1, we want to add:

Turnover has decreased slightly in the past few months:

During Q4, we welcomed the following awesome core contributors to Status, adding new knowledge and super valuable skills to the project:

In Q4 2020, we had 11 new ambassadors joining the Status Ambassador Program. The current number of Status ambassadors is now at 47, with representation across 28 countries.

Status ambassadors completed 109 tasks from October to December, broken down by category into: events (2), content (69), community building (3), and technical (35). There were more than twice as many technical contributions as the previous quarter and fewer events due to the global pandemic.

Some highlights from the program in Q4 2020:

Our ambassadors and open source contributors helped spread the words of Status by translating Status into their languages. If you want to learn more about the translation campaign, visit translate.status.im.

2020 was a wild year in many regards. There was a global pandemic. Ethereum boomed with lots of new projects, users, and the DeFi movement. Eth2 launched on mainnet. Markets fluctuated, and people flocked to private means of communication.

The Status Network is steadily making progress on all fronts including the mobile application, desktop client, Keycard, and underlying infrastructure in messaging and eth2. As Status matures as a product, network, and community, we continue to progress towards our goal of private, secure communication that upholds human rights. As we look to 2021, our strategy will center around:

Thank you for reading this report. We’re always excited to tell you about the work we do. Here’s hoping that wherever you might be, you’re safe and well. Take care!

- Your friends at Status

A huge and heartfelt thank you to those who helped translate this report, we’re super grateful for your contribution:

This report was made for your entertainment, and we’d ask you not to rely on it for any other purposes, e.g. making investment decisions. Just to be super transparent, we want to highlight that:

Thanks for your understanding! 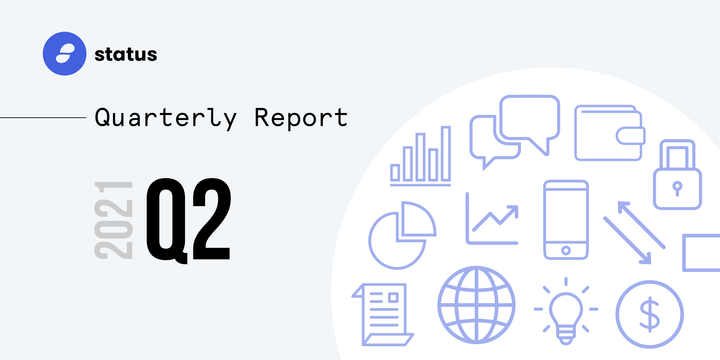 The Status Network Quarterly Report – Q2 2021. A recap of work across the entire ecosystem including the Status Mobile and Desktop apps, Nimbus, Waku, Keycard, and some exciting new projects. 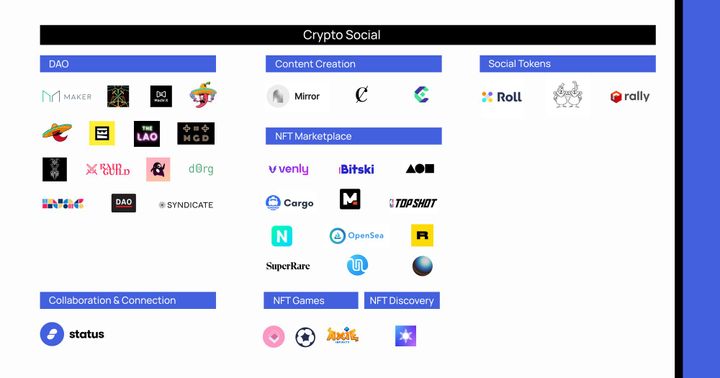 The ecosystem of Crypto Social is growing. Here is a shortlist of some of the most popular networks, products, and platforms today. From DAOs and NFTs to content creation and social tokens. 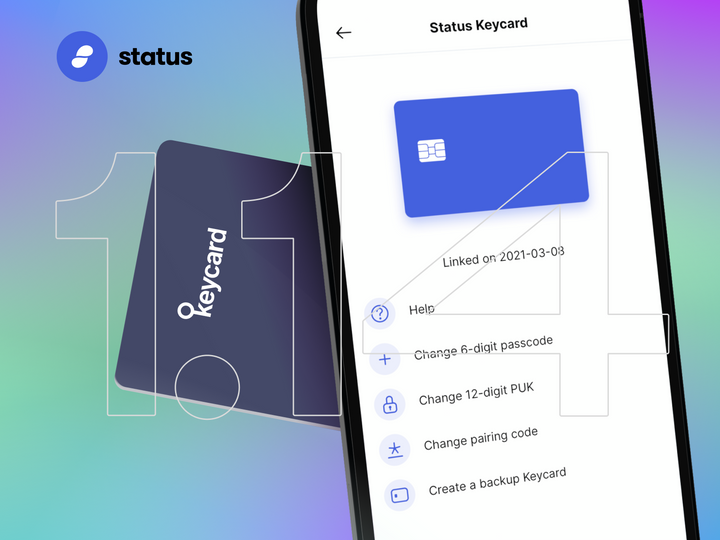 Status v1.14 introduces a number of new features and improvements to the Keycard experience as well as a suite of updates to the messenger, wallet, and browser. Update and install here.