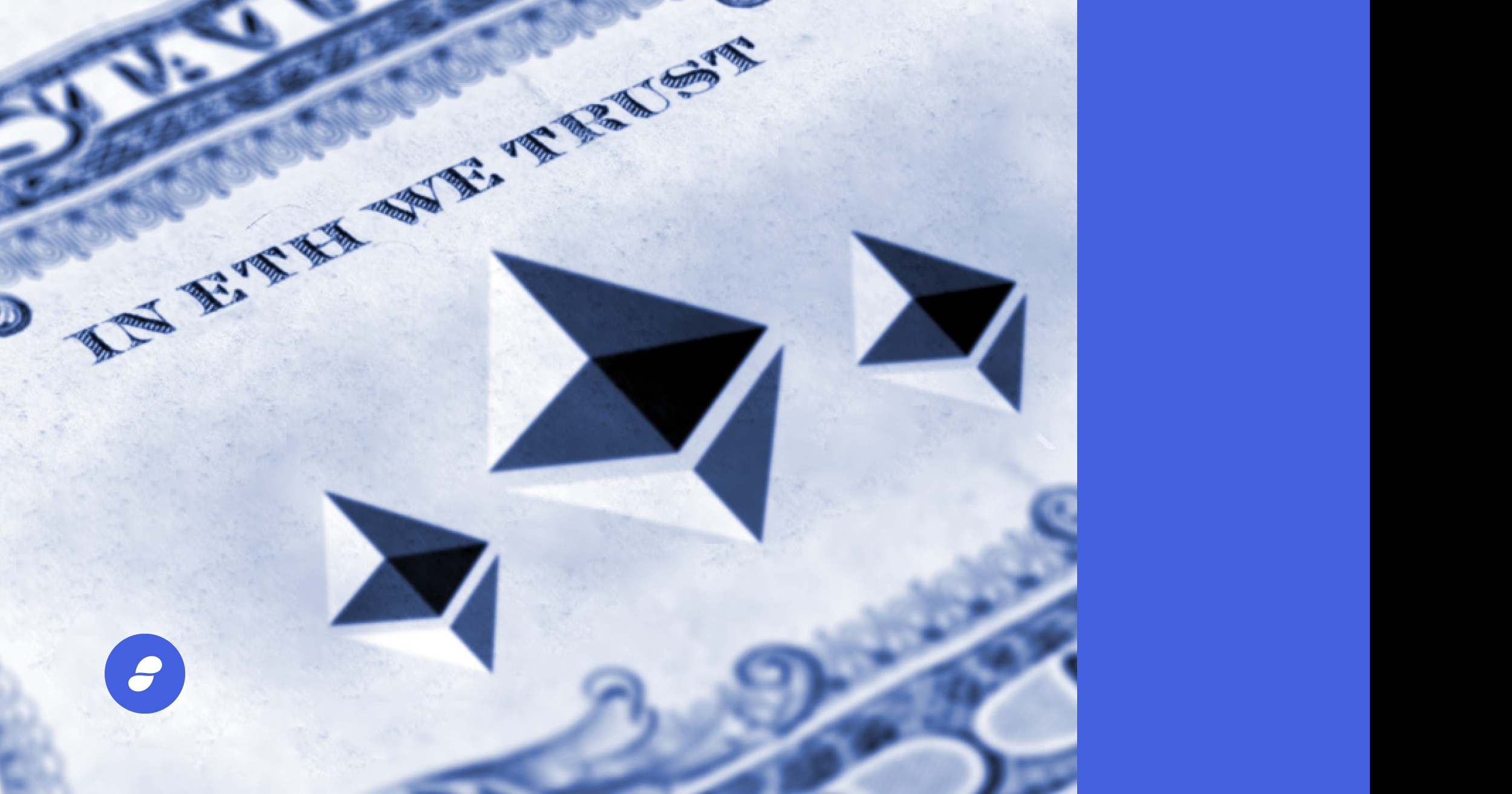 EIP-1559 is an Ethereum Improvement Proposal that will go live in the London fork of Ethereum in 2 days time (on August 5th).
TLDR: (from previous articles) Basically, EIP-1559 will help make transaction fees more predictable on the network, and ensure ETH's economic value is enshrined at the protocol level.

If you want a more technical breakdown of EIP-1559 and its history, we have written technical descriptions of EIP-1559: one here, another here, as well as community efforts to protect the Ethereum network from possible attacks by antagonistic miners.

If you have an idea for improving Ethereum, or want to learn about EIPs in general, check out the EIP homepage here. For a full listing of EIPs so far, go here.

And if you'd like to read the actual text of EIP-1559, head over to the github repo for EIPs here.

So why is it such a big meme?

EIP-1559 introduces a key feature that has potentially quite serious and powerful implications for Ethereum the network, as well as Ether the asset. Put simply, EIP-1559 introduces fee burn. When transactions occur on Ethereum, some of the transaction fees are "burned": removed permanently from circulation.

Ethereum is well known for not having an explicitly defined limit for issuance, contrasted with Bitcoin's famous 21 million coin limit. We know there will only ever be 21M BTC, but how many ETH will there be? It depends. It depends on the issuance: how much ETH is created over time to incentivize operating and securing the network. And once EIP-1559 goes live, it will also depend on the fee burn, which acts in the opposite direction.

If the fee burn outpaces the issuance, then ETH will become a deflationary currency: the more time that passes, the less ETH will be in circulation—and the more valuable any circulating ETH will become. Because PoS Ethereum will be able to more efficiently convert issuance into security, it's quite plausible that the fee burn will outpace issuance post-merge (even if it does not in the short term wake of EIP-1559).

The idea of sound money goes back to the 19th century US, wherein some economists and the government were having an argument about how money should be. Economists wanted money that would not be subject to the possibility of sudden inflation, especially at the whim of the government, e.g. silver or gold—sound money. They were even relatively successful for a while... but the US has used fiat currency since 1973. This can be aggressively summarized as "sound money vs. fiat".

This terminology resurfaced as a Bitcoin meme, as BTC isn't fiat currency, and isn't subject to inflation at the whims of government.

Justin Drake, researcher at the Ethereum Foundation, coined the term ultrasound money to describe the possibility of ETH becoming a deflationary currency:

The term took Crypto Twitter (CT) by storm, and has been bolstered by the fast approaching London fork, which will include an implementation of EIP-1559. At time of writing, the eponymous 🦇🔊 emoji can be found in tweets and names all over the "Ethereum cryptocurrency" topic, as well as distributed throughout CT in general.

Few in the crypto space missed the recent rise (and subsequent fall) of the Dogecoin cryptocurrency. After Elon Musk tweeted in support of it, the price of DOGE skyrocketed. This was accompanied by promotion of DOGE listings on some mainstream brokers, some bizarre hoaxes, and was (for better or worse) many people's first experience with crypto. Unfortunately, it was also many people's first experience with crypto volatility, and after peaking at about $0.73 on May 8th, DOGE began a tumultuous descent to about $0.20 (source).

During its rise, Dogecoin memes flooded cryptocurrency and investment communities on Twitter, Reddit, Facebook, Discord, Status, and more. Musk's SNL appearance bolstered this effect, as Musk himself is the subject of several viral memes, but also—critically—the decrease in price became an incentive for sharing the memes. Memes about 1 DOGE paying for a Tesla, or "Dogecoin to the moon!", or the #DOGEARMY, took on a more serious tone, going from fun, shared optimism to beseeching, practically a form of prayer. And if you're not long DOGE, you may not be missing gains now, but you will: doubters are excised. Compare the Dogecoin subreddit now, to posts from 3-4 months ago; the difference is stark.

Dogecoin is far from the only source of crypto memes, there is of course the previously mentioned EIP-1559/ultrasound money, but CT residents will likely also be familiar with the Bitcoin laser eyes, the #QuadraticLands, GameStop NFTs, several clips and moments with Vitalik, regulators, El Salvador, etc. (the list of crypto memes could go on far longer than propriety demands).

We know from experience that the crypto space will keep innovating and building in the face of long bear markets, and much of that positivity finds its way into the memes. EIP-1559, for example, is shared with a simple message, reduced from innumerable hours of work from Ethereum devs, wallet devs, L2 devs, that represents more than just "number go up". It's compressed knowledge.

What memes do you think benefit the crypto space? Are any detrimental? If so, which?

EIP-3074, for account abstraction (although originally written for an older EIP, we have a breakdown of account abstraction here); EIP-2537, poised to improve security of Ethereum signatures; and—of course—the Eth2 merge, estimated to go live this year. For more info on Eth2, check this blog post out.

Are you excited for something that we didn't mention? Tell us about it, on Twitter at @ethstatus, or feel free to bring it up on our forums.