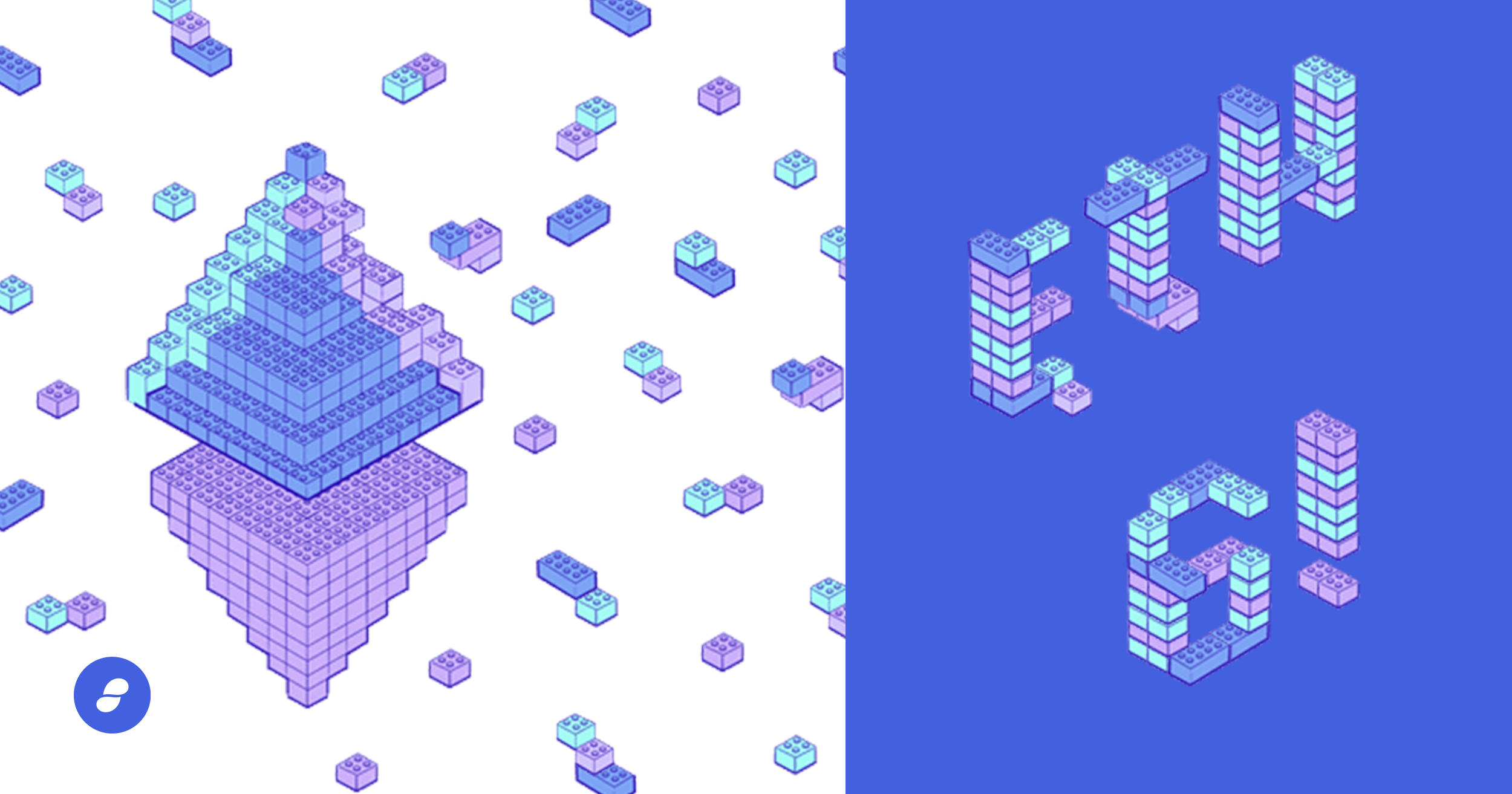 Today is July 30th, the 6th anniversary of Ethereum. Within the next few days, one of the most meme-ified updates to the Ethereum network will go live: EIP-1559. Let's take a look at how Ethereum got started, how it has evolved, and where Ethereum—and Status—are going next.

At the beginning, a Russian-Canadian programmer experienced frustration at the amount of work spent solving specific problems, and so—like any frustrated programmer—he began the work of creating a better, generic solution... but even earlier than that:

A bitcointalk.org forum member, kiba, offers five bitcoins (valued then at about $3.50, now about $196,000) as a bounty for articles - to be published on their now defunct Bitcoin Weekly online magazine. Vitalik Buterin replies about one hour later, and begins writing for the magazine. His original reply is here. Unfortunately for kiba, the magazine was not financially self-sustaining, and shut down later that year.

Mihai Alise, a Romanian man supporting himself via poker, learns about Bitcoin while conceptualizing a social network for poker players. Mihai is interested in the core promises of blockchain: no middlemen, immutable public ledgers, bankless and international money transfers. He abandons poker and begins planning to adapt his ideas to the Bitcoin ecosystem.

Mihai and Vitalik begin collaborating on Bitcoin Magazine. Foreshadowing much of the DeFi ecosystem today, they were able to launch this project with an international team spread across several countries—all working remotely—and the two didn't meet in person for two years. Shortly after this, Mihai and Vitalik accept a Bitcoin developer's invitation to an anarchist community in Catalonia, which leads to Vitalik traveling the world in earnest.

In Tel Aviv, Vitalik meets Ron Gross, head of another crypto project: Mastercoin. Working on a specification for contracts for difference (warning for those short on time: Investopedia link), Vitalik ends up outlining what could be called a hypothetical predecessor of Ethereum: a generalized financial contracts scripting layer. Mastercoin was impressed, but ultimately prioritised the "momentum" of their more specific approach.

Ethereum's whitepaper is published. Originally sent to a small group via email, the whitepaper gained viral traction and was quickly spread to a much larger audience. Expecting criticism for missing some critical flaw in his idea, Vitalik found instead overwhelming excitement and support.

A technical definition of the Ethereum protocol, the Yellow Paper, also known as Ethereum: A Secure Decentralised Generalised Transaction Ledger, is published.

Ether goes on sale, and is purchasable with BTC. The first two weeks of the sale generate more than 25,000 BTC in exchange for more than 50 million ETH. For (much) more detail on the sale, check out this blog from ethereum.org. The sale continues until September, and an additional 10 million ETH are sold.

Gavin Wood, another key figure in Ethereum's childhood, proposes Solidity, a Turing-complete programming language for smart contracts. Solidity will go on to become the infrastructure that many of DeFi's most popular applications are built on.

Frontier launches. Frontier is the first Ethereum milestone. At this time, the network is intended primarily for developers, and artificially low limits on gas per block (5,000 gas) prevent use for general transactions.

The limits imposed on Frontier are lifted. Transactions, which take 21,000 gas, are now possible. Ethereum is definitively in mainnet.

One of the first decentralised autonomous organizations, "The DAO" begins crowdfunding. After raising $150 million, the DAO is hacked. The Ethereum community votes with 85% majority to fork Ethereum and restore the hacked funds.

William Hinman of the US SEC declares that Ether is not a security. Crypto legislation is still rapidly evolving, not always in ways that motivate financial empowerment, but this is a promising stance from financial regulators.

This period of time becomes known as DeFi summer, and marks a period of historic growth and activity for decentralised finance applications built on Ethereum, enormous capital investment, and surges for tokens associated with numerous DeFi projects.

The staking deposit contract is deployed, allowing users to stake 32 ETH to validate for the proof of stake Beacon Chain, which will eventually become Ethereum 2.0. These validators will earn fees for contributing to the correct operation of the blockchain.

The proof of stake Beacon Chain begins producing blocks, having secured the requisite 16,384 validators (or 524,288 ETH). This is a massive step toward Ethereum becoming an entirely proof of stake network, solving problems of proof of work networks (centralized mining technology and power consumption) as well as offering improved defenses against many types of network attacks. For more information about proof of stake networks, check out Vitalik's excellent blog here.

As 2020 marked a period of incredible growth and activity for DeFi, 2021 marks the same for non-fungible tokens (NFTs). Cryptopunks are sold for millions of dollars, and in physical auction houses. Gamestop, Twitter, Eminem, the New York Stock Exchange, and more begin minting NFTs. Crypto/NFT games like Axie Infinity surge in popularity.

Vitalik, determined to continue innovating, gives a talk at EthCC 2021 about uses for crypto beyond DeFi. He explains how crypto is poised to solve several of the biggest problems with Web2 social media: platform neutrality, censorship, monolithic architecture, ease of development, "engagement" vs. quality. Vitalik, while still celebrated by the Ethereum community, emphasizes his position as a contributor to a decentralized ecosystem, rather than a leader exercising centralized power.

The London fork will deploy to mainnet and EIP-1559 will be live. The impacts this will have on Ether are widely (and intensely) speculated, but it will provide a more predictable mechanism for determining gas fees, and begin burning fees as well. Ethereum researcher & developer Justin Drake estimates that 10,000 ETH will be burned every day.

Eth2 merge. Mainnet Ethereum will be merged with the Beacon Chain, and Ethereum will no longer rely on proof of work. This is estimated to reduce Ethereum's electricity usage by at least 99%.

Ethereum has come far, and with the continued effort and dedication of all of us—in DeFi, in crypto, in privacy—with all of our help, it will go quite a lot further.

The details of Ethereum's early history come largely from Camilla Russo's excellent book: The Infinite Machine. If you're looking for even more content on Ethereum's development, culture, and future, check out the Bankless podcast/newsletter by Ryan Sean Adams and David Hoffman, and The Daily Gwei podcast/newsletter by Anthony Sassano. If you're excited about Ethereum, privacy, and crypto social, you can also hit up our forums here.