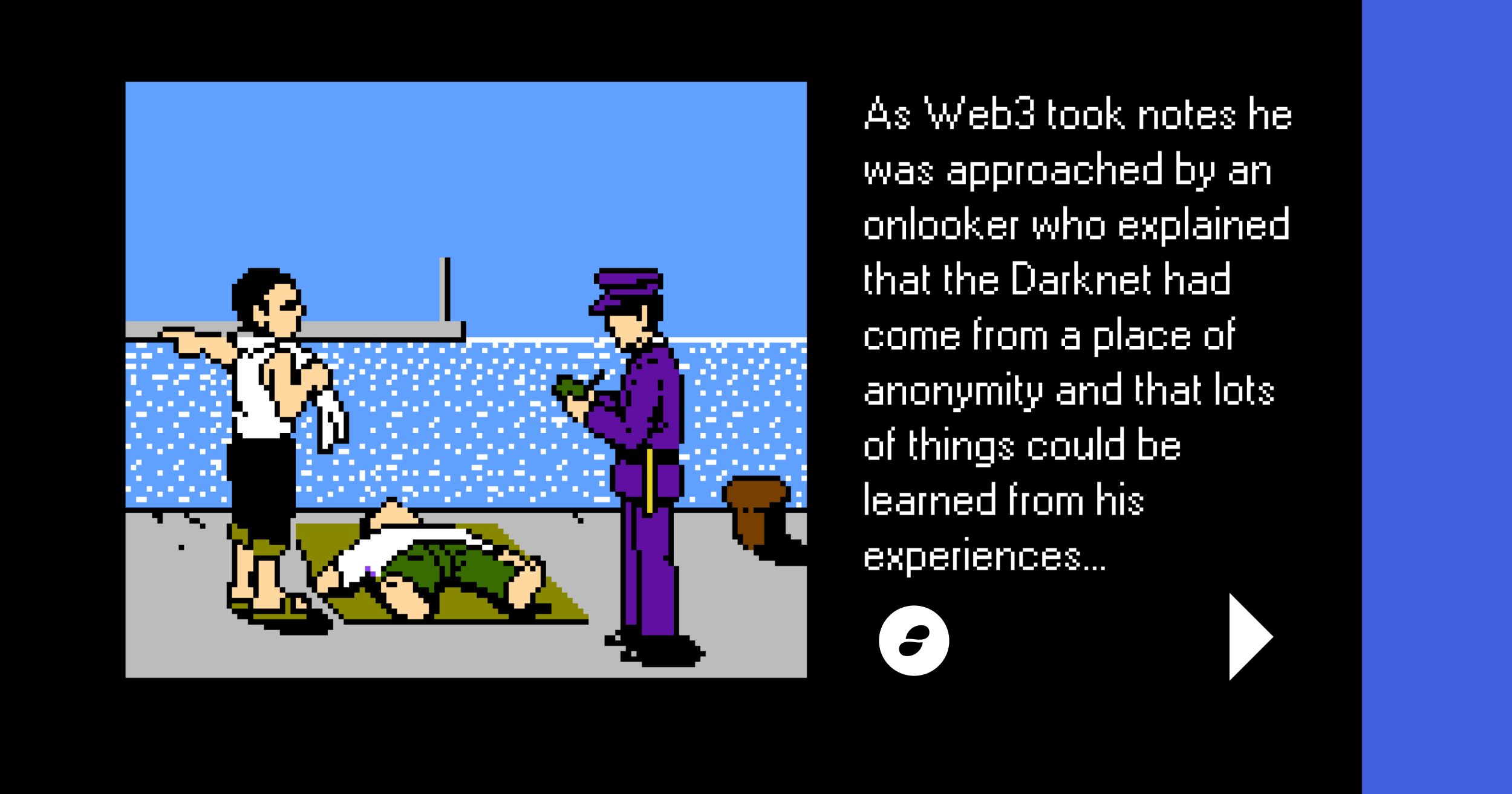 The internet is evolving. Web3 projects are already offering usable alternatives to the last generation of services.

Why? Web2 projects did not respect the privacy of their users. They siphoned user data, sold and distributed it to data brokers and advertisers, with little (if any) transparency.

So the internet rebelled, and began making projects that did respect the privacy and sovereignty of users. Open source is the norm in Web3. DAOs are everywhere. Transparency, privacy, sovereignty, these principles drive the evolution of Web3 from the decaying remnants of Web2.

And as Web3 continues growing, we need to be vigilant in assuring it does not grow in these same directions.

So what does this have to do with the dark web?

The dark web has a nontrivial overlap with the principles of Web3: privacy, self-reliance, self-sovereignty, transparency, etc.

Web3 vocally supports the right to privacy, and the dark web demands privacy of its users. Depending on your purpose, the dark web can lead users into opposition with state powers. People living in oppression, journalists, and drug dealers all invoke the ire of various governments, who will mete out their estimation of “justice” if anyone slips up and doxes themselves.

Take, for example, the tale of Ross Ulbricht—known as Dread Pirate Roberts—the operator of the Silk Road marketplace. The Silk Road was the first darknet market, and offered an unprecedented medium to buy and sell drugs, firearms, forged documents, and more. Ross Ulbricht’s identity was discovered through a deleted forum post that was quoted by another user. He is currently spending two life sentences in prison without the possibility of parole.

Web3 puts control of data into the hands of users, and the dark web threatens anyone handling themselves (and their data) carelessly with arrest.

Web3 organizations, DAOs, etc. have a much greater expectation of transparency than Web2 equivalents. And transparency is an expectation of dark web users as well, because many illicit websites are covertly run by law enforcement to gather intel on users after a market is seized.

So how does the dark web answer these demands? People are frequently expected to prove their own identity, which is commonly done using cryptographic signatures. Organizations and websites use “dead man’s switches” as proof—or at least, fairly convincing evidence—that they have not been seized by a state power. VPNs and Tor are essentially required to participate, for protection against doxing and to access the .onion sites that comprise much of the dark web.

Websites are much more to-the-point, reminiscent of earlier times in the internet where not every website was using bootstrap or react or wasm. The focus is very much on function over form, and this contributes to the relative inaccessibility of the dark web. This too is a lesson for Web3, but of a different sort. Web3 can fill this niche: a user-friendly experience with anonymity and privacy considered defaults, instead of increasingly difficult goals, as they are in Web2.

The dark web is all that it purports to be, but also it is a lesson in the capabilities of power exercised through the internet, as well as how to design systems that subvert this power. We are building a Web3 project that will preserve the privacy and anonymity of our users, as well as their right to speech. We think it is of the utmost importance that we do not compromise on our core values, and that the Web3 infrastructure we’re building remains decentralized, remains true to our vision, and avoids falling back into the exploitative patterns of Web2 that originally led us to this next generation of the internet.

Join us, and we can work together to enable the free flow of information, protect the right to private, secure conversations, and promote the sovereignty of individuals.

The World Wide Web ("WWW" or "The Web") is a tool which began in the 60s, used by billions of people to share, read, and